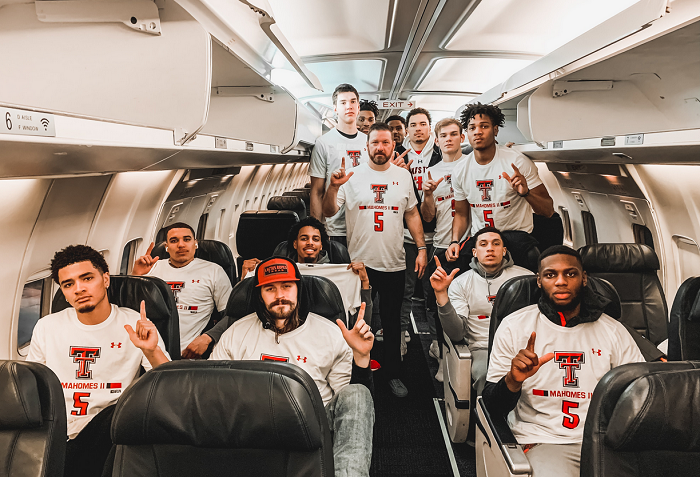 It still amazes me that Patrick Mahomes played at Texas Tech and won absolutely nothing. But that’s not the point here. The point is that Texas Tech alumni, fans and current student-athletes have every right to be proud of their guy who is on the verge of winning a second-straight Super Bowl title and has the richest contract in the NFL.

So on Saturday, after the Texas Tech Red Raiders beat Kansas State in Manhattan, the basketball team showed off the support they have for Patrick Mahomes before he takes on the Tampa Bay Buccaneers on Sunday in Super Bowl LV.

But something else student-athletes and fans can pull from Patrick Mahomes is that it’s rarely about where you start, it’s about where you finish. Mahomes was not a highly-touted prospect out of high school. He was a three-star player who didn’t have lots of big-time offers, but credit to Kliff Kingsbury who saw more and brought him to Lubbock.

In fact, if you want to go back and look at where the players on the Chiefs and Bucs were back in high school, there is only one former five-star prospect in Super Bowl LV and its Bucs running back Leonard Fournette.

But outside of Kansas City, this has to be an incredibly exciting day for Lubbock, Texas as well. And we hope that this can continue to help Texas Tech football take the next step as well. That would be good for Matt Wells and the Red Raiders, plus the Big 12 Conference.