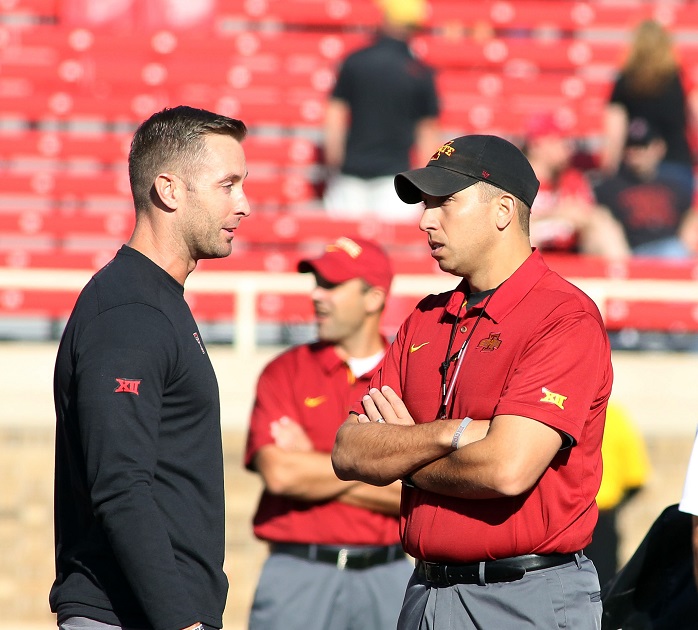 As Super Bowl LV was unfolding in the fourth quarter and the Tampa Bay Buccaneers were leading the Kansas City Chiefs 31-9, Jim Nantz and Tony Romo were talking about how unusual it was that Mahomes and the Chiefs were being held to single digits. That’s when the broadcast team brought up the final game of Patrick Mahomes’ college career at Texas Tech, when the Red Raiders lost to the Cyclones 66-10. Why? Because that game was the last time Patrick Mahomes started and lost a game by more than one score, which came back on Nov. 19, 2016.

Needless to say, this mention was a bright spot for Big 12 fans, many of whom were likely pulling for Patrick Mahomes and the Kansas City Chiefs. And we know that didn’t work out too well.

But it’s still amazing to think that Kliff Kingsbury, who is doing a really good job in the NFL with the Arizona Cardinals, was unable to win in any substantial way with Patrick Mahomes as his quarterback. Alas, that’s a story for another day.

Meantime, for Texas Tech fans, that was the last game of the first season with Matt Campbell as head coach, and in many ways it became a building block for 2017, which was highlighted by an Oklahoma win and then of course the steady improvement that led to this year’s Big 12 Championship appearance and Fiesta Bowl win.