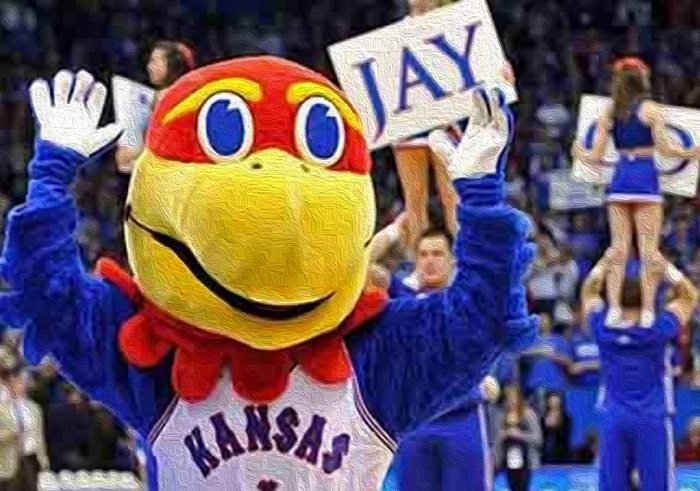 Jerry Palm’s latest edition of CBSSports.com’s ‘Bracketology’ saw the Kansas Jayhawks drop to a No. 7 seed, coinciding with the Jayhawks’ drop out of both the AP Top 25 and the USA Today Coaches Top 25.

Kansas fell into a No. 7 seed in the Bankers Life 2 Region, where it would face San Diego State. By falling that far, it sets up a potential second-round matchup with the Texas Longhorns.

Baylor, which remains undefeated but is on a COVID-19 pause, also remained the Big 12’s only No. 1 seed, and No. 2 seed overall, in Palm’s field. The Bears would face the winner of a game between Iona or Vermont for their first-round game in the Hinkle 2 Region. The Bears announced on Monday that their next three games would be postponed, as well.

READ MORE: 2021 Big 12 Tournament Expected to be Played as Scheduled

From there, Palm had the following five teams seeded:

Texas remained a No. 3 seed in the Bankers Life 2 Region, where it would face Colgate in the first round. As noted, the Longhorns could face Kansas in the second round.

Texas Tech moved into a No. 3 seed in the Hinkle 1 Region, where it would face Belmont in the first round. The Hinkle 1 Region features No. 1 Gonzaga, which is also the No. 1 seed in Palm’s current field.

Oklahoma was a No. 4 seed in the Bankers Life 2 Region, putting it on the other side of Kansas and Texas. The Sooners would play South Dakota State in the first round, setting up a potential second-round matchup with Virginia.

West Virginia also came in as a No. 4 seed, but were in the Bankers Life 1 Region. Palm set up the Mountaineers with a first-round game against Liberty.

Oklahoma State found itself as a No. 5 seed in the Hinkle 1 Region, where Palm projected a game against Loyola-Chicago in the first round.