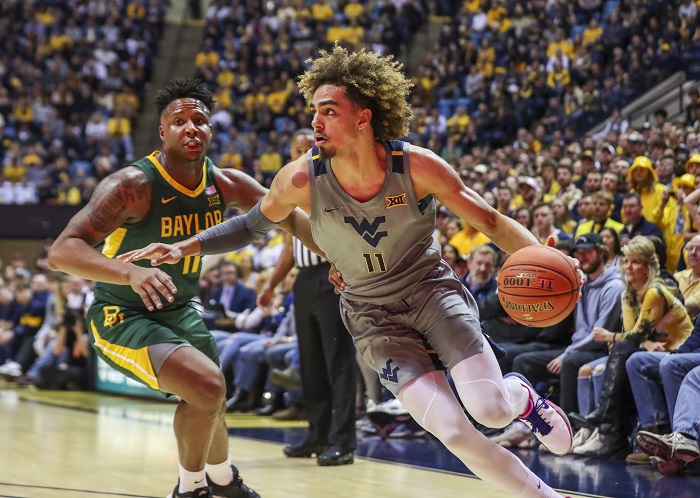 That game with Texas was an incredible game, with great performances on both sides. But let’s recognize Matthews for having perhaps his best game of the season at just the right time in an 84-82 win over Texas. He scored 14 points, grabbed seven rebounds, had one assist and one steal in the thrilling road victory for the Mountaineers.

The Jayhawks were one of only a few Big 12 teams to get in two games this past week. His game against Texas Tech was exactly what the Jayhawks needed against the ranked Red Raiders. McCormack finished with 17 points, making his first seven field goals of the game, along with eight rebounds and two assists. In the win over Kansas State earlier in the week, McCormack had eight points, four rebounds, and two assists.

The senior came to end Kansas State’s 13-game losing streak when the Wildcats faced TCU on Saturday. McGuirl scored 16 points, along with grabbing nine rebounds and distributing five assists, as the Wildcats beat the Horned Frogs by eight points. McGuirl was 6-of-14 shooting from the floor, including a pair of 3-pointers.

Yes, it was in a loss, but Ramey ended up with 28 points on 9-of-13 shooting, including seven 3-pointers, while dishing out three assists and forcing one steal in what turned out to be the game of the week in the Big 12. The Longhorns lost, 84-82, to West Virginia. But it was not for a lack of Ramey trying.

It’s the second straight week for the senior guard, and he led the Sooners to a win over Iowa State in their only game of the week. Reaves finished with 20 points, five rebounds and one assist in the 10-point win over the Cyclones.

The forward is another reason to get excited about Oklahoma State’s future once Cade Cunningham is in the NBA. Last week, in OSU’s only game of the week, Moncrieffe came off the bench to score 19 points and grab eight rebounds in the easy win over the Cyclones. He also had three steals.