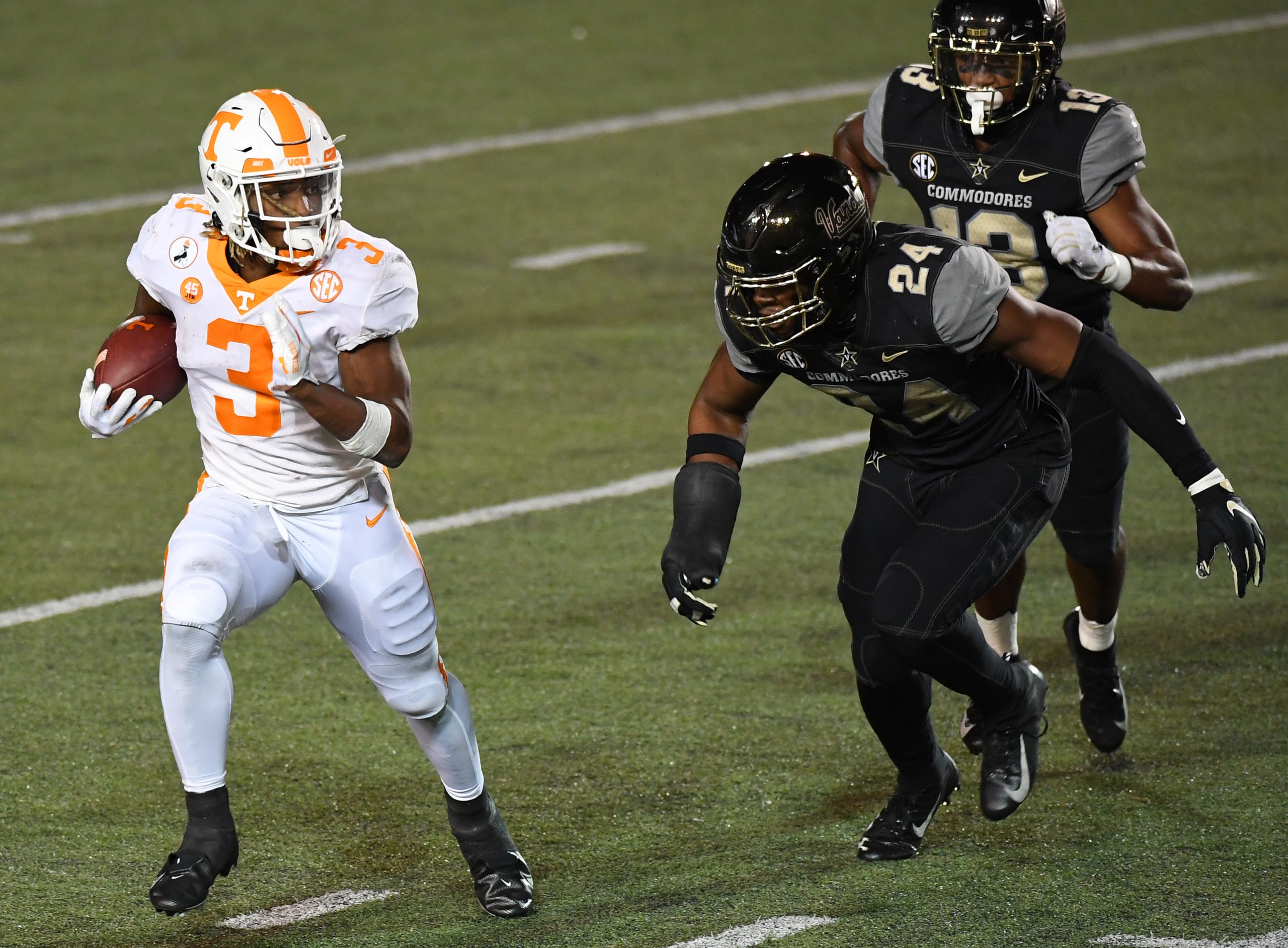 The thing we all love about ramen noodles is that you can put them in the microwave, hit 5 and walk away for a moment. You will come back and have a full meal. Of course, some like to add special sauces and seasonings to their dish to make it personal, but regardless, you’ll be satisfied in a short period of time.

The Oklahoma Sooners have clearly applied this principle using transfer players and trust me they add a few more extra seasonings with the players they’re bringing into Norman. The dish the Sooners have cooked has led Oklahoma to six straight Big 12 championships and four appearances to the College Football Playoff. Lest we forget, it has also led to four Heisman finalists (two winners) and a Biletnikoff winner.

The Sooners make great work from the transfer portal, JUCO players as well as walk ons. With Oklahoma’s tremendous history with transfers, they’re poised to pounce and that’s exactly what they did to Tennessee. The Volunteers, pun intended, sacked their head man, after he handed at least one recruit a McDonald’s sack of loot, then boom! A treasure trove of coveted assets suddenly appeared ripe for the taking. The Sooners could not help themselves. They found themselves shopping at the “all must go” tire-fire sale on Rocky Top. Oklahoma is bringing in three pieces that can help them right away. Their chips appear to be pushed all-in on a championship run in 2021. So how do these pieces fit in?

Former five-star offensive tackle Wanya Morris is an elite prospect. He was a five star out of high school and a unanimous top 40 prospect among all recruiting services. Wanya is gifted with talent few big men have. At 6-5 and over 320 pounds, he has everything you are looking for. He has long arms, a big wingspan and can move quickly. He shows the ability to finish at both the line of scrimmage and the next level. Oklahoma lost their RT Adrian Ealy to the NFL draft a year earlier than expected, but Wanya is more than good enough to fill those shoes. As a freshman, Morris was named Freshman All America at left tackle. Due to covid-19 contact tracing, and a leg injury Morris played sparingly in 2020, but would have started and likely been an All-SEC selection as a left tackle. The question for OU is what combination will be the best? Will Bill Bedenbaugh just slot Wanya at RT? Or will he flex Erik Swenson, Stacey Wilkins, or Anton Harrison out to right, and allow the super talent to stay at LT? Five-star junior Bray Walker who served as Adrian Ealy’s back up at RT last year may also have something to say. Either way, this is a good problem to have for the Sooners.

Key Lawrence is a kid Oklahoma was chomping at the bit to get out of high school. With the pandemic year, Key has not spent a year of eligibility. A top 100 prospect out of high school at safety, he has the elite size and athletic ability Alex Grinch covets for his system. Key measures in at 6’2 and 200 pounds and runs in the high 4.4’s. In other words, he is a big and strong defensive back who can run. Key may not be a starter on this year’s team, but he will play a bunch of snaps, likely at both safety and nickel. Key is a rare athlete, with first round potential. 247Sports’ Barton Simmons likened him to former Buckeye, and current Indianapolis Colt’s defensive stalwart Malik Hooker. The former four star should fit in quite well in Norman.

Eric Gray was four-star all purpose back out of high school. A smart runner, who uses his vision and patience to set up blocks and has a great feel for finding the correct hole to go through, and should excel in the Sooners system, while having an immediate impact. Of course, he is not taking the starting job from veteran Kennedy Brooks, who has proven to be on the short list of the best running backs in college football over the course of his career. Gray has also shown elite ability to catch the ball out of the backfield in Knoxville and has developed nicely into his frame which allows him to play as an every down back if necessary, which was one of the biggest concerns for him coming out of HS. Barton Simmons compared Gray to former Toledo and current Cleveland Browns back Kareem Hunt. I wholeheartedly agree. Eric Gray is a very nice talent and prospect who will no doubt one day be coveted on Sundays. The young man should fill in nicely after OU lost RB T.J. Pledger and Rhamondre Stevenson. Oklahoma will likely be able to utilize the two back sets they used to in the 2015 and 2016 seasons with Joe Mixon and Samaje Perine. Gray’s addition makes the OU backfield extremely dynamic.

Oklahoma will be a force in 2021, and would have been without these additions, however with these additions, Oklahoma has replaced some of their unexpected NFL draft losses of Adrian Ealy, Rhamondre Stevenson, Tre Norwood and Ronnie Perkins. We cant beat this drum enough this offseason, but watch out college football, the Sooners are coming.