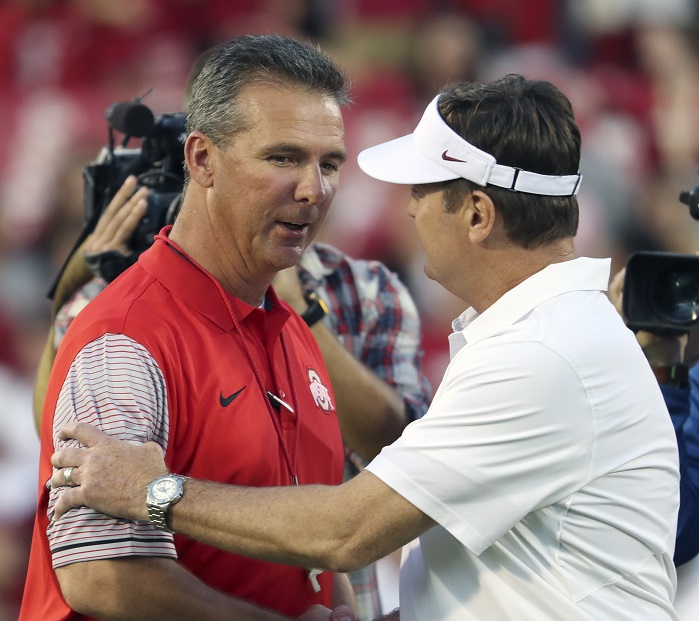 Bob Stoops was never Mr. Chummy with the media, but now he’s heading to the dark side.

Stoops coached the Sooners from 1999-2016, winning a national championship in 2000. He retired in 2017 and handed off the reins of the program to Lincoln Riley, who has helped the Sooners win six-straight Big 12 Championships. Most recently, Stoops was the head coach of the XFL’s Dallas Renegades last spring, but the league was shut down due to the pandemic.

Urban Meyer seemed on his way out the door from FOX Sports when he flirted with the Texas Longhorns late in the season to then eventually taking the Jacksonville Jaguars coaching job.

According to The Post’s Andrew Marchand, “When Meyer returned to coaching, Fox Sports made a list of the most successful coaches in recent history. Of the five coaches (Nick Saban, Meyer, Stoops, Dabo Swinney, Pete Carroll), only Stoops was not going to be on a sideline in the fall.”

In January, Bob Stoops was named to the College Football Hall of Fame.