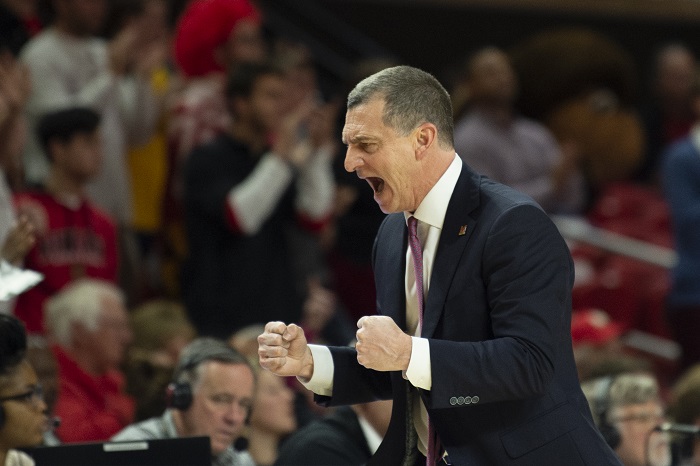 The Texas Tech Red Raiders are now looking for a new head basketball coach, now that Chris Beard is heading to Austin to take over at Texas.

To that end, the Red Raiders are hiring a search firm, which could mean an extended search for Beard’s replacement.

“Today is not a setback, today is a change in direction,” Texas Tech athletic director Kirby Hocutt said during his press conference on Thursday.

But there are coaches out there that would love a job like the one that Beard built in Lubbock. In five years, he took the Red Raiders to three NCAA Tournaments and one Final Four. If nothing else, Beard has made the job more attractive. Hocutt and his committee will be looking for a coach with success and, possibly, one with either ties to the Big 12 in some way, or ties to the state of Texas or the surrounding area.

To that end, here are five head coaches that would make good candidates to take over in Lubbock.

The former West Virginia and Michigan coach has won 843 games in college basketball and took the Wolverines to a pair of Final Fours. He might be the easiest get, considering he’s not currently employed. But, at 68 years old, does he want one more challenge? And would the Red Raiders want a coach that might need to be replaced in five years?

Abilene may be a couple hours away from Lubbock, but that’s right around the corner in West Texas. Golding and Beard go way back, but Golding has built a burgeoning program at ACU, which is basically the reason Beard is headed to Texas. The Wildcats’ win over Texas in the first round of the NCAA Tournament triggered the Shaka Smart-to-Marquette departure. In 10 seasons at ACU, he’s won 158 games and led the Wildcats to two NCAA Tournament berths.

He’s maintained the high standard at SFA, built under Danny Kaspar and Brad Underwood, the latter of which has built a Top 10 program at Illinois. Keller has won 105 games in five seasons at SFA, and Red Raiders fans know how much the Lumberjacks pushed Tech in the first round of the 2018 NCAA Tournament. Keller gets the conference, too. He was an assistant at Oklahoma State under Eddie Sutton and Kansas under Bill Self.

McCasland is a former Baylor assistant under Scott Drew, so he’s another coach with ties to the Big 12 that could tug him away from the Mean Green. If you watched the first weekend of the NCAA Tournament, you saw why any program would be interested. The Mean Green upset Purdue in the first round. In four seasons in Denton, McCasland has won 78 games and his first team in 2017-18 won a CBI Championship.

He’s the type of coach that can win everywhere he’s been, and he’s been in the Big 12, back when Texas A&M was still in the league. With the Aggies, he led them to four straight 20-win seasons and four straight NCAA Tournaments. With the Terps, he’s been there 10 years and taken them to five NCAA Tournaments. He’s reportedly not interested in the OU job. One wonders if he might be interested in the Texas Tech job?