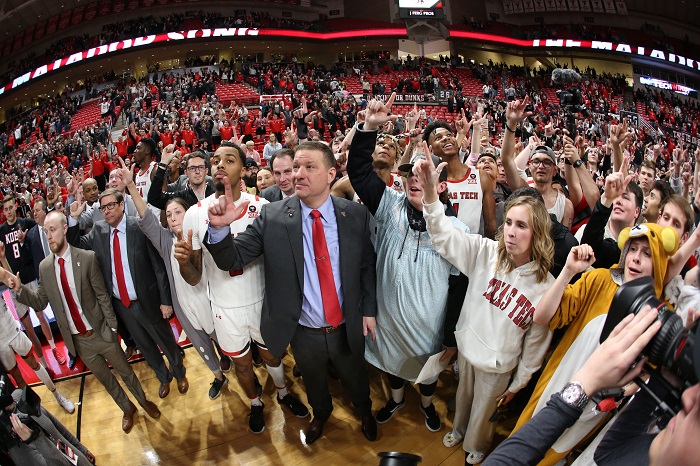 Red Raider Nation had its heart broken last week when Chris Beard decided to leave Texas Tech for the Texas Longhorns. Beard replaced Shaka Smart, who took the head-coaching position at Marquette last week, and launched widespread speculation that the Longhorns would pursue Beard to take over the program.

It clearly wasn’t a happy ending for most involved in this move, as Texas Tech athletic director Kirby Hocutt had some harsh words for how this deal went down.

But nevertheless, Beard is now in Austin, and on Monday he released a letter to Red Raider Nation, where he wrote in part, “I wanted to wait a few days since my decision to gather my thoughts and express my appreciation for all of you. My time at Texas Tech has been more than I could have ever dreamed of… Attempting to thank everyone who has been a part of the incredible journey is a daunting task but I have to acknowledge that nothing that was achieve could have been done without our players and their families who put their unwavering trust in us.”

Is this enough for Texas Tech fans? Unlikely.

There is arguably nothing more traitorous to Tech fans than leaving for the Longhorns. And that’s exactly what Beard did.

Let’s just say I don’t believe Red Raider Nation is going to be any more polite when Beard and the Longhorns make their trip to Lubbock during the 2021-22 season. And in the meantime, Texas Tech now continues is search for its next head basketball coach.