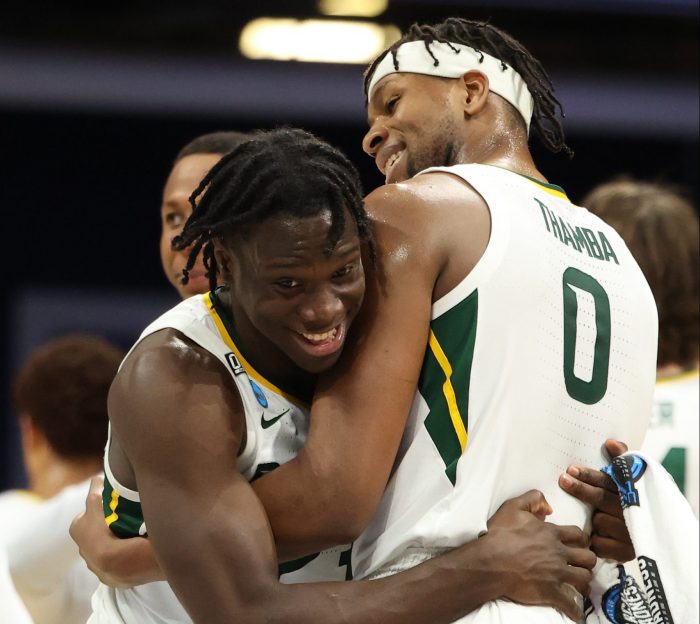 The Baylor Bears continued their celebration of their 2021 National Championship with a visit to the state capital in Austin and a meeting with Gov. Greg Abbott and state legislators.

This was one of two major events for the Bears on Tuesday, the other being a parade that starts at 6 p.m. Waco time.

At the Texas Capitol building on Tuesday, the Bears were recognized for winning their first national title in men’s basketball. The Bears defeated Gonzaga in the national championship game last Monday.

Gov. Abbott posted a video from the speaker’s chamber in the state Capitol building, showing off the Bears jersey and autographed basketball given to him by head coach Scott Drew and the team.

The Bears had their own celebration in an adjacent room, complete with getting Drew to dance.

Drew and the team were presented a proclamation congratulating the Bears on their victory. The Bears are just the second team from the state of Texas to win the Division I national championship in men’s basketball, following the 1966 Texas Western team (now UT-El Paso).

Several legislators got in on the action, too, including State Rep. Jeff Leach, who represents parts of the Dallas-Fort Worth area and is a graduate of Baylor.

So did Dade Phelan, who is the Speaker of the House in the Texas House of Representatives.

A couple of Bears even got to use Phelan’s gavel.

The Bears don’t have much time to spent in Austin on Tuesday. Their celebration parade in Waco starts at 6 p.m., during which they’ll receive another national championship trophy, this one from the National Association of Basketball Coaches, which votes on the USA Today Top 25 poll.

With the Big 12 Conference on the rocks, other conferences are weighing their options, and that includes the American Athletic Conference (AAC),...

The Big 12 Conference announced on Sunday night that it had met with Oklahoma and Texas about their plans to leave for...

Bill Snyder on the Big 12’s Future: ‘Keep the Faith’

With Texas and Oklahoma on the verge of leaving the Big 12 for the SEC, emotions are hot, but leave it to legendary...

The Iowa State Cyclones have been up another commitment for its 2022 class in three-star running back Xavier Townsend. According to the...