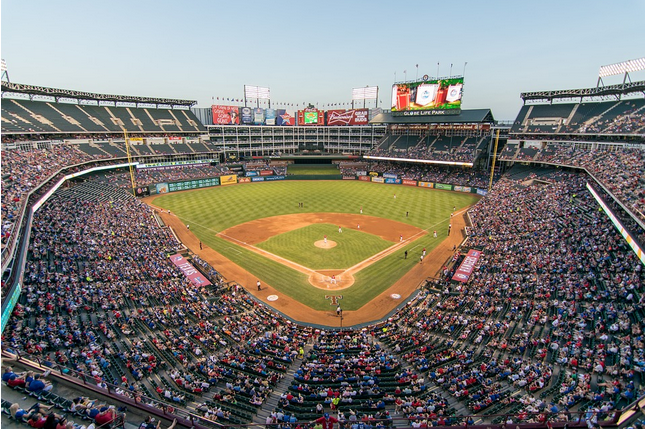 By drafting the co-Big 12 Conference Players of the Year in the 2019 Major League Baseball (MLB) First-Year Player Draft, the Texas Rangers placed their future in the hands of two players from a conference with a deep history in Texas and nearby states.

Although the Big 12 Conference has undergone multiple changes in teams ever since it formed in 1994, four of its current member institutions call Texas its home–Baylor University, University of Texas, Texas Christian University, and Texas Tech University. If you’re a fan of the Texas Ranger or you know someone who is, it’s always best to invest in some Texas Rangers travel mug.

In the aforementioned baseball draft, the Rangers selected then juniors Josh Jung of Texas Tech and Davis Wendel of Baylor. Jung hit .340 with 11 home runs, 53 runs batted in, and 59 runs scored in his junior campaign with the Red Raiders. Wendel batted .367 with eight home runs, 43 RBI, and 38 runs scored for the Bears.

Jung appeared in 10 spring training games for the Rangers this spring before the announcement on Saturday that he will likely miss two months recovering from a needed surgery on a stress fracture in his left foot. He batted .316 with two home runs and 28 runs batted in the minor leagues in 2019 before the COVID-19 pandemic canceled 2020 minor league baseball across the country.

With the season approaching, which is also the best time to purchase Texas Rangers gifts, one Big 12 Conference baseball player is on the Rangers’ 40-man roster. Left-handed pitcher Wes Benjamin finished 2-1 in eight appearances in 2020, striking out 21 hitters in 22.1 innings. The Rangers drafted him in the fifth round of the 2014 MLB June Amateur Draft.

Playing three seasons for the University of Kansas baseball program from 2012 through 2014, Benjamin posted a 13-13 record with a 4.01 earned run average in nearly 225 innings of work. In five minor league seasons, he earned 28 wins, while averaging 8.1 strikeouts per nine innings in 89 appearances, including 84 starts.

Right-handed starting pitcher Bobby Witt appeared in 16 seasons in Major League Baseball after playing collegiate ball at Big 12’s Oklahoma University. He was the Rangers’ first-round draft pick in the 1985 amateur baseball draft, the third pick overall. He pitched for Texas from 1986-92 and again from 1995-98.

A pair of Big 12 Conference hitters from Oklahoma State University made their mark on the Rangers organization. Pete Incaviglia was drafted eighth overall in the first round by the Montreal Expos in the 1985 Major League Baseball draft after a legendary collegiate career where he hit 100 home runs in three seasons. He was traded later that year to Texas and started the 1986 season with the Rangers without having ever played a minor league baseball game. Incaviglia hit at least 20 home runs in each of his first five seasons in Major League Baseball, driving in more than 80 runs in four of those seasons, all with Texas.

Mickey Tettleton played for the Oklahoma State team that advanced to the 1981 College World Series final, where he earned all-tournament team accolades. He was drafted that year in the fifth round by the Oakland Athletics. After playing for the A’s and two other clubs primarily as a catcher, he signed with the Rangers as a free agent in 1995. With Hall of Famer Ivan Rodriguez holding down the catcher’s position, Tettleton played right field and as a designated hitter, matching his career-high with 32 home runs and adding 72 RBI in 1995. He contributed 24 home runs and 83 runs batted in for the American League West champion Rangers.

Two of the best-known Texas Rangers to play Big 12 conference baseball attended schools no longer in the conference. Pete O’Brien, a first baseman/outfielder who played six seasons with the Rangers, played collegiate ball at the University of Nebraska, while second baseman Ian Kinsler, a legendary member of the Rangers for seven years, played at the University of Missouri. Both schools left the Big 12 conference to join other conferences in 2011.

Kinsler played his junior season of baseball at Missouri, earning All-Big 12 Conference second-team honors, and was drafted by the Rangers in the 17th round in the 2003 draft. He would go on to become a four-time Major League Baseball all-star and earn two Gold Glove awards, given to the top defensive players at each position. In 2009 and 2011, he joined the 30-30 club with 30+ home runs and 30+ stolen bases in the same year, leaving him in the elite company of those who have accomplished the feat more than once.

The Heart Beat (Dec. 29): The Bowl Season is Here!
How To Make The Most Of The Final Four In New Orleans
To Top