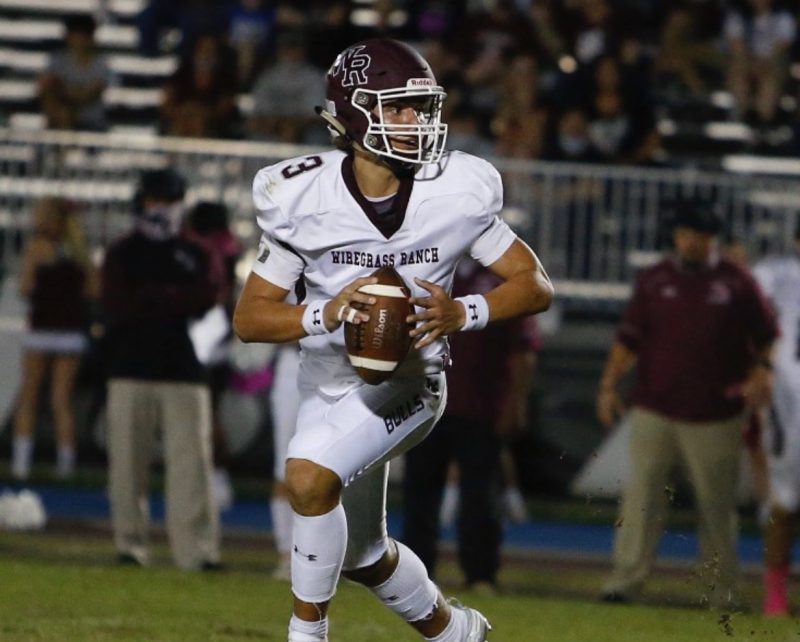 Less than two weeks after committing to Iowa State, quarterback Rocco Becht was named the QB MVP at a Rivals Camp that took place in Miami.

Here’s some video from Becht at the event.

The 6-foot-1, 190-pound quarterback picked Iowa State over offers from Columbia, FIU, Ole Miss, Toledo, and Wake Forest. In total, the quarterback held 13 offers at the time of his commitment. Iowa State was an early Power Five offer (Wake Forest was technically first) before Ole Miss came in late, but it didn’t matter as the Cyclones were able to land the talented quarterback out of the state of Florida.

Rocco is currently rated as a three-star prospect by 247Sports and is the 63rd ranked pro style quarterback for the 2022 cycle. As a sophomore at Wiregrass Ranch High School, Becht threw for 1,985 yards and 21 touchdowns. During his junior season, which lasted eight games, Becht completed 53 percent of his passes for 1,550 yards and 19 touchdowns.

Before committing to the Cyclones, Becht joined HCS for an interview in which he said, “Who wouldn’t want to play at Iowa State?”

Well this is just another reason for the hype to increase upon Becht’s arrival next year.

Bill Snyder’s Autobiography Due Out in Fall of 2021
A New ‘Super League’ with Oklahoma, Texas? Of Course
To Top