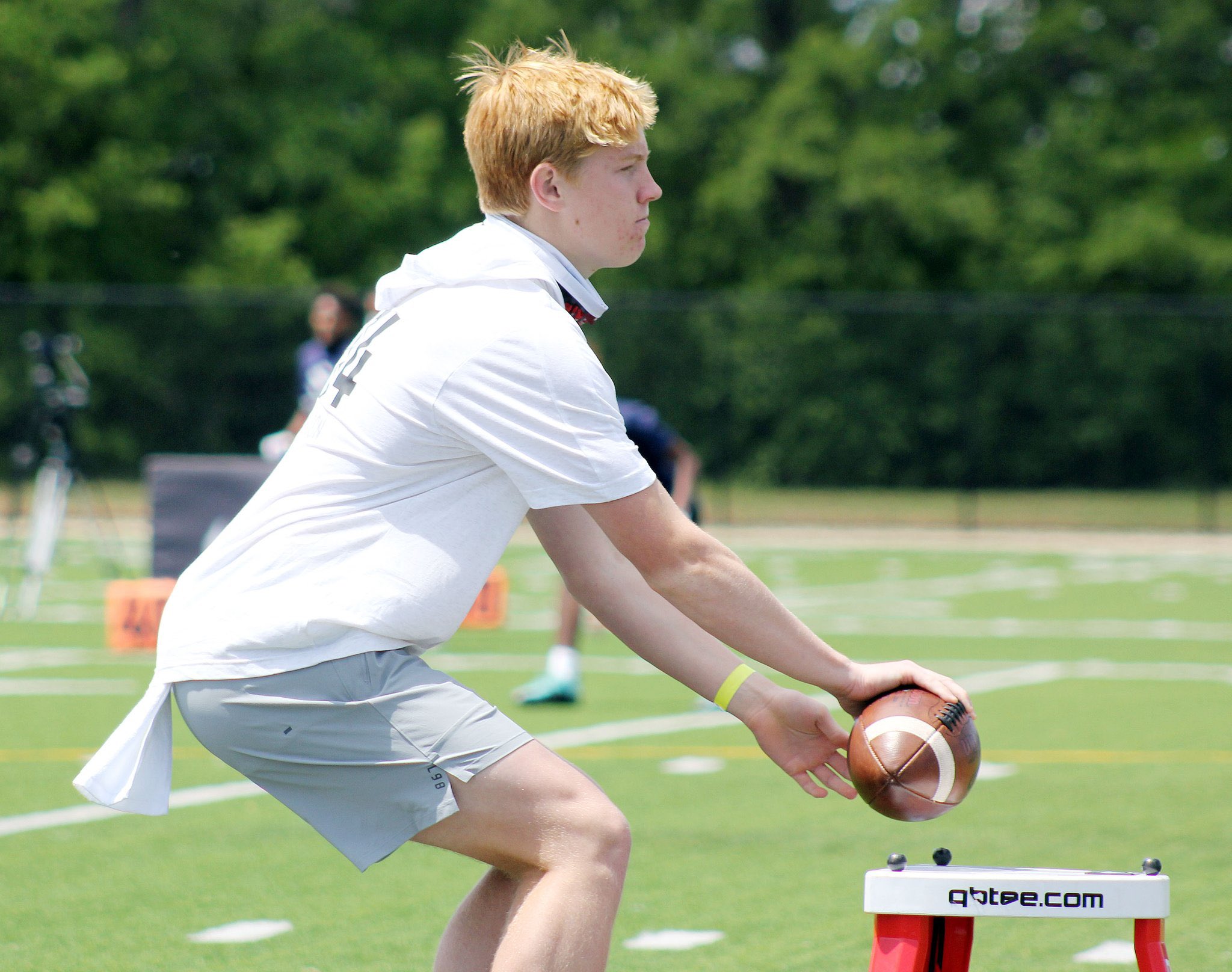 Bo Edmundson is a rising junior (Class of 2023) at Lake Travis High School in Austin, Texas. Edmundson participated in the Elite 11 quarterback camp at Southlake High School in Carroll, Texas, on April 18.

Edmundson already has an offer from a Big 12 school, Oklahoma State. But, in the past couple of weeks has picked up offers from Big Ten schools like Purdue and Penn State, along with Texas-based schools like SMU and UTSA, per 247Sports.com.

The 6-foot-2, 185-pound quarterback, was the District 26-6A Offensive Newcomer of the Year after playing just five games. Edmundson took some time to talk with Heartland College Sports after the camp.

So how was the camp today?

It was fun. We got to compete with some of the best quarterbacks in Texas and neighboring states, so it was fun to see how you stack up.

How do you think you stacked up today?

I think I did pretty good. Obviously toward the end you get a little fatigued and a little tired, but at the end, you just have to keep going.

You have an Oklahoma State offer. What do you think about the program, and the head coach, Mike Gundy?

I love Coach Gundy. Getting the (potential) opportunity to play for him, that’s special. I’m going up there June 7, so I’ll get to check out the campus.

You got a Purdue offer, too?

Yeah. It was two days ago. I’m excited about that one, too. I’ll go up there this summer, and we’ll see how that goes.

Are you just excited to be able to get out and start going to these places now?

Once it got finalized, the June trip (to OSU), I was super happy.

They (the NCAA) announced on Thursday you could do informal recruiting trips after June 1. So how soon after that did you set the trip?

Oklahoma State actually told me that June 1 was probably going to be the deadline a couple of months ago, I think. So, it’s actually been a long time coming.

What does the rest of the summer look like for you, besides those two visits?

Those two visits, and I’m going up to SMU on June 4, and then summer workouts with the team, and I’m really looking forward to that.

What are you hoping to improve on between now and the fall?

Just being more vocal, getting my guys ready, and then polish up my game and get ready for the season.