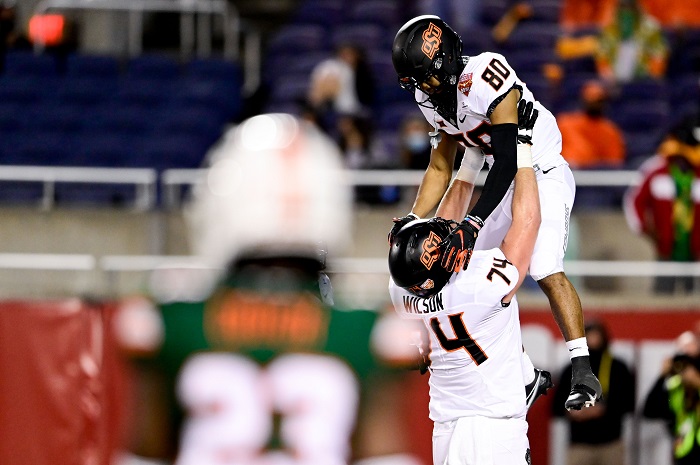 Memorial Day is one of the most important days of the year. Some want to make it all about cookouts, beers and hot dogs, and that’s certainly not the case. It’s a chance to remember all those who gave the ultimate sacrifice to allow all Americans to have the freedoms that we too often take for granted in this country every single day.

How did it start? Well this tweet from Vice President Kamala Harris on Friday has garnered plenty of attention from critics and Wilson took notice.

That tweet has prompted many to note it as being tone deaf given there is a very symbolic reason we have a three-day weekend. And Wilson, the redshirt sophomore offensive lineman, called it like he saw it with this response.

Just totally leave out the reason why you have ur “long weekend”. You are a POS. Thank you to the men and women that have lost their lives serving our country we remember and honor you this Memorial Day weekend! https://t.co/kp7p2zriCE

Wilson has already made a solid impact through one season. In 2020, he played in 10 of OSU’s 11 games, starting four of the final six games of the year. He was a three-star prospect coming out of high school and was a first-team on the Dallas Morning News All-Area team as a senior at Argyle.

Needless to say, he clearly has strong feelings on this topic, and when it comes to those who have died for our freedoms, it’s hard to find issue with his critique. And frankly, given the way players are pushing political agendas across all sports, typically only in one direction, it’s unusually brave for a player to push back in the opposite direction.