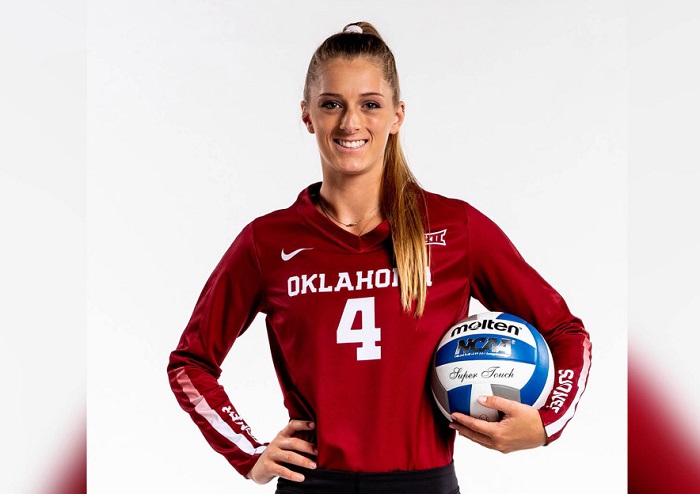 Former University of Oklahoma volleyball player Kylee McLaughlin is suing her coaches and the school after she alleged that she was labeled as a racist and shunned from the rest of the team due to her political views.

McLaughlin is suing volleyball coach Lindsey Gray-Walton, as well as assistant coach Kyle Walton, according to The Oklahoman. She’s expected to sue for a minimum of $75,000 for each of the five complaints, one of which is an infringement on her First Amendment rights, per the report.

She was told that she could either transfer or continue on scholarship as a typical student, not an athlete. The other option was to take a redshirt year, keep her scholarship, and practice separately from the rest of the team, the lawsuit stated. She had to take more than 10 hours of online diversity and inclusion training for a “Growth Plan,” McLaughlin said. She would end up transferring to the University of Mississippi for her final season.

This issues allegedly tie back to the murder of George Floyd in May 2020, which led the team to begin hosting discussions about white privilege and social justice, McLaughlin said in court documents cited by The Oklahoman. The documents then claim that during a team discussion on June 11, 2020, the players were required to watch the 2016 documentary “13th” about the incarceration of blacks in the US and slavery, according to the report. McLaughlin claims in her lawsuit that the documentary was slanted “left,” “took some shots” at former President Donald Trump and “compared it with beatings of blacks in the 1960s.”

Then, the very next day, McLaughlin responded to social media controversy at the University of Texas around the demands that the school replace “The Eyes of Texas” school spirit song. She responded with laughing emojis and McLaughlin said that she didn’t think the song was racist. Gray-Walton forced her to delete the post and apologize to Texas women’s volleyball coaches and players, the lawsuit stated.

McLaughlin’s teammates and coaches felt that she was racist and homophobic, according to the lawsuit.

In the lawsuit, McLaughin said that the school and coaches violated her freedom of speech. She accused her coaches of “intentionally inflicting emotional distress by alleging that she was a racist and homophobe.”

McLaughlin was a first-team All-Big 12 player for the Sooners in 2018 and 2019 and is requesting a judge to assign a dollar amount to compensate for future economic loss after OU allegedly compromised her prospective career in professional volleyball, coaching and athletics administration.

Her case is pending in Oklahoma City federal court.

Love Them or Hate Them, the Big 12 Needs Oklahoma, Texas to Get Along
Kevin Durant Leads Big 12 Players In NBA Playoffs’ Second Round
To Top