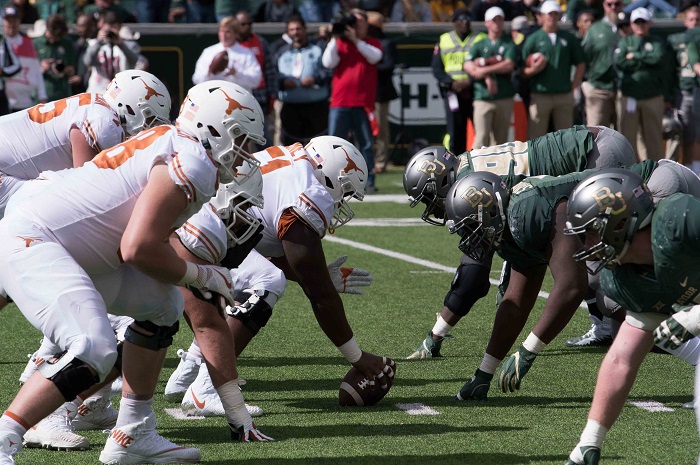 Two Big 12 programs are able to battle it out on the recruiting trail for one of the best linebackers in America. On Monday night, Derrick Brown announced his final two teams on Twitter and they are the Baylor Bears and Texas Longhorns.

Brown was also considered a target of the Oklahoma Sooners, but it’s Dave Aranda and Steve Sarkisian who won this one over Lincoln Riley.

As for who comes out on top? Dave Aranda and the Bears have been red-hot on the recruiting trail, with a flurry of commits that now has the program inside the Top 15 in the country in 2022 recruiting rankings. Meantime, Texas has been steady in the Top 10 with Steve Sarkisian and his staff doing great work thus far in Austin.

But now the waiting game begins and fans of both programs will wait to see where the Texarkana, TX native decides to call home.