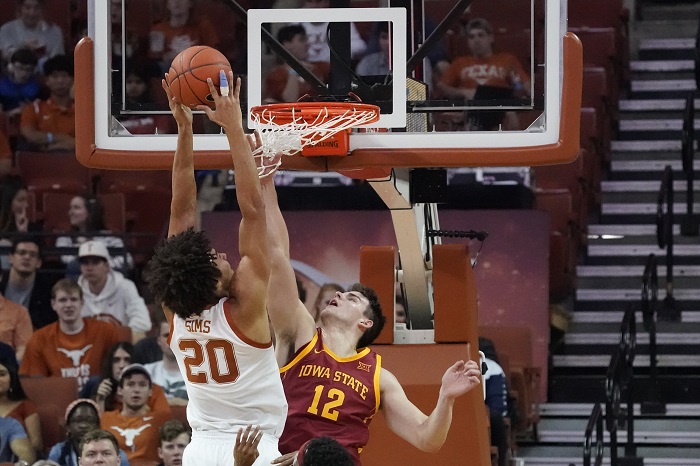 Texas senior forward Jericho Sims signed with Klutch Sports Group on Wednesday, signaling that Sims will remain in the 2021 NBA Draft, which is next month.

Sims could have returned for the 2021-22 season because the NCAA gave all players an additional year of eligibility to ‘winter sport student-athletes who compete during 2020-21 in Division I.’ Sims was classified as a senior.

Sims was part of a Longhorns team that won the Big 12 Tournament in 2020-21 and rose to as high as No. 4 in the AP Top 25. The Longhorns went on to the NCAA Tournament, losing in the first round to Abilene Christian. That led to the departure of head coach Shaka Smart to Marquette, while the Longhorns lured Chris Beard from Texas Tech to replace him.

Sims attended the NBA Scouting Combine last weekend, one of 60-plus players invited to the combine in Chicago. He saw his stock go up thanks to his workouts, improving his chances of being drafted next month.

Sims, a 6-foot-10 forward, averaged 9.2 points and 7.2 rebounds per game last season. His game has progressed steadily during his four seasons in Austin. The 2020-21 season was the second straight season of at least nine points and seven rebounds for Sims.

Along with his four seasons in Austin, he helped the Longhorns win the 2019 NIT postseason tournament.

While every Division I player has the option of the additional year of eligibility, Sims faced a pressing decision because, as a senior, he faced the completion of his college eligibility.