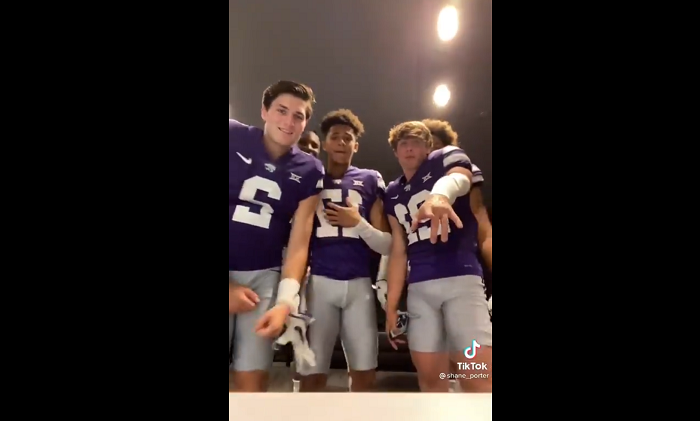 There is uncomfortable, and then there is this Tiktok video from a few Kansas State football players that surfaced this week.

The video shows some of the Wildcats players dancing to Justin Bieber’s “Baby”, which was a hit when these guys were in elementary school. And yes, that makes me feel old.

I’m all for guys being creative on TikTok, or any other social media, but this, well… this ain’t it. Take a look and you can decide for yourself.

Did that live up to the hype?

And yes, I do also find it ironic that it’s the KU account trolling K-State, when KU hasn’t beaten K-State in football since two years before this song came out (2008). But in this case, it doesn’t really matter, because well, this video is just that cringeworthy.