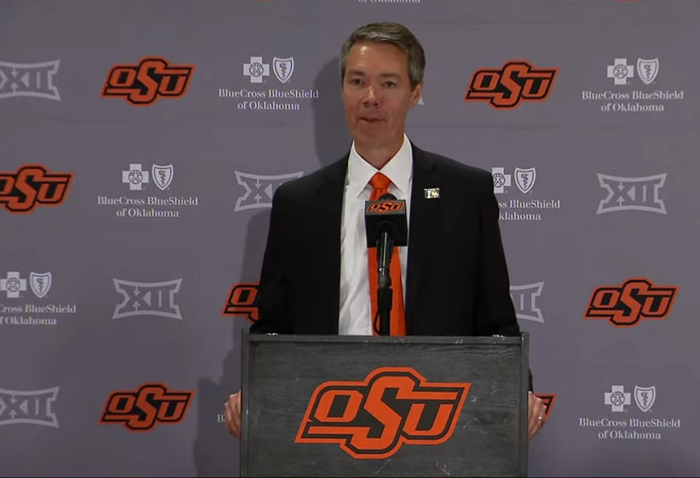 Weiberg replaces Mike Holder, who held the job for the last 16 years. He has moved into the role of Athletic Director Emeritus. Holder had an incredibly busy tenure, including major upgrades at T. Boone Pickens Stadium, with the Cowboys becoming a nationally-recognized program under Mike Gundy. The Sherman E. Smith Training Center, the Michael and Anne Greenwood Tennis Center and the $70 million O’Brate baseball stadium opened under Mike Holder as well.

Weiberg was Holder’s second in command, and according to Oklahoma State University, “he played a significant role in successfully navigating OSU Athletics through the COVID pandemic. Notably, he developed a partnership with the Oklahoma State University Center for Health Sciences that helped produce the planning and resources to keep Cowboy and Cowgirl student-athletes healthy, safe and ready for competition.”

Weiberg’s entire career has been through the Big 12, with stops at Oklahoma State, Kansas State and Texas Tech, before returning to Stillwater.

Weiberg’s OSU and Big 12 ties run even deeper than just himself. His brother played hoops for Eddie Sutton before becoming the team manager, and his uncle, Kevin, served as commissioner of the Big 12.

Weiberg and his wife have two children, Ella and Grant.