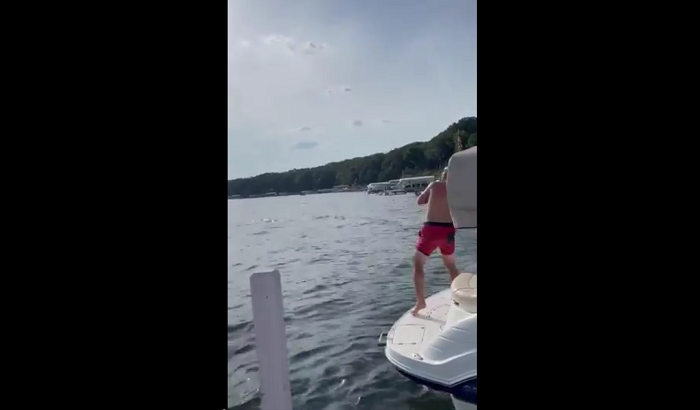 Who says vacation can’t be used as a chance to hone your craft? That’s what the Purdy brothers apparently did during their lake trip over the weekend.

Check out this video that’s gone viral of Chubba Purdy perfectly throwing a bomb to his brother, Iowa State QB Brock Purdy, on a jet ski. Chubba Purdy is a highly-regarded prospect for the Florida State Seminoles, while of course Brock is coming off a trip to the Big 12 Championship Game with the Cyclones.

All I want to know is why it wasn’t Brock who got to throw the ball? How’d the dude who almost won the Big 12 Championship the one who drew the short straw and had to go out for the pass? Maybe Chubba is the one with stone hands?