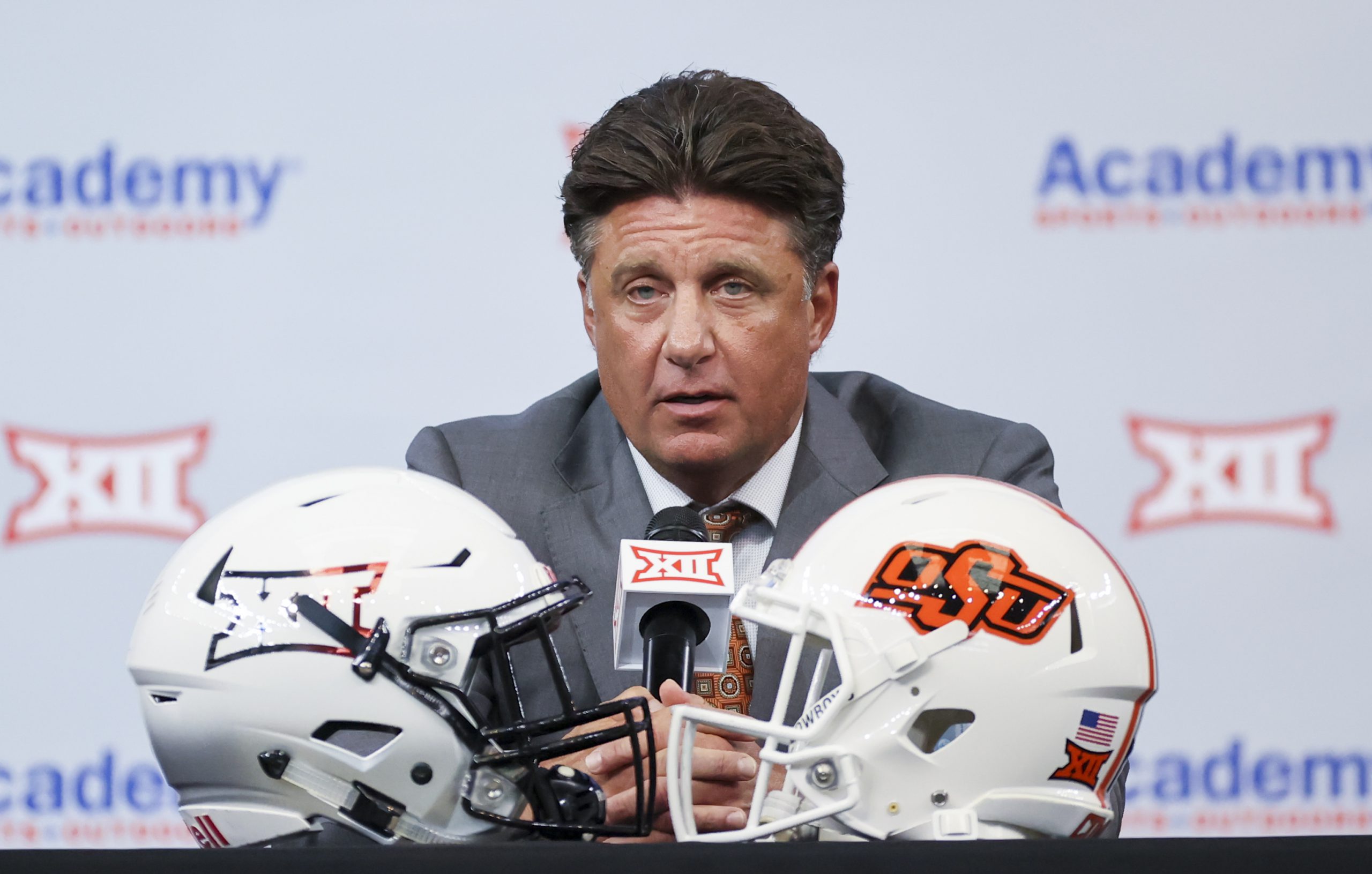 Evolution is just part of life. As things change, people adapt. Whether it’s technology or fashion trends, everything evolves. The same logic applies to Oklahoma State head coach Mike Gundy and his mullet.

Back in 2016, the Oklahoma State head coach showed up at Media Days rocking a new haircut or lack thereof. The mullet was almost as hot of a topic as his team that season, but little did Mike know his new look would trend all over social media.

Since then, he has trimmed it and most notably last offseason, he gave it a good trim. However, he showed up on Thursday at Big 12 Media Days with an even shorter haircut than he had in 2020.

When asked about the new look, Gundy responded with, “If that’s the worst question I get today, then that’s not bad at all. Honestly when I went to Cathy who has cut my hair for twenty years now. I told her that I have a lot of things going on so let’s try to cut my hair to where I don’t have to cut it again until the season is over. She agreed to do it and so we did it. I didn’t really think it would be a big deal anymore, but I do get a lot of questions about it.”

So Mike Gundy may look like a new man with no mullet, but based on his witty answer, it doesn’t seem like much else has changed about him, which for those of us who are in the media, that’s a great thing.