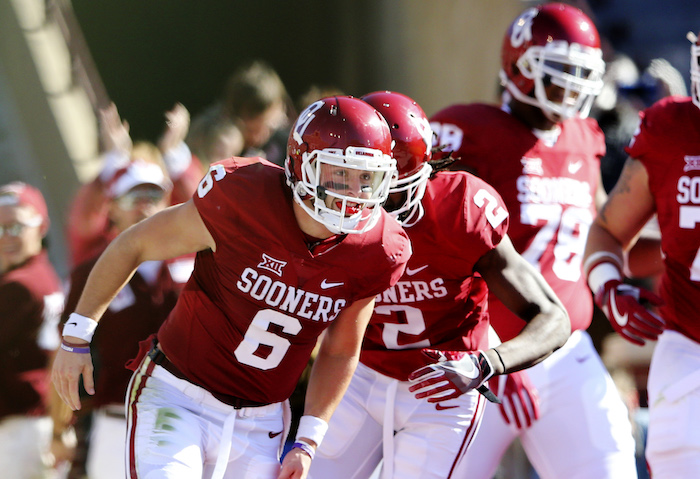 When news came down on Thursday at Big 12 media days that the conference would look into possibly penalizing players for using “Horns Down”, former Oklahoma QB Baker Mayfield had to inject himself into that debate.

Mayfield posted to Twitter on Friday morning to share his disagreement with the move and his enthusiasm for “Horns Down”, and tweaking Texas in a way only Baker Mayfield knows how.

At Big 12 media days, Big 12 coordinator of officials Greg Burks said cracking down on taunting will be a point of emphasis for the league this year.

Then, when asked about “Horns Down”, Burks said, “Lemme put it this way. If you do a Horns Down to a Texas player as an opponent, that’s probably going to be a foul.”

He said that if a player did a “Horns Down” at the crowd, it would “probably” not be a penalty. But he quipped, “Please all of you note, I said ‘probably. We have to consider intent and consider the situation. We’ll leave it to officials.”

Needless to say, “Horns Down” has become a staple for all Big 12 opponents who love to tweak the Longhorns. And since Texas has been down, by Texas standards, for several years, there has been no shortage of opportunities to include the sign during a game.

And something tells me, these news