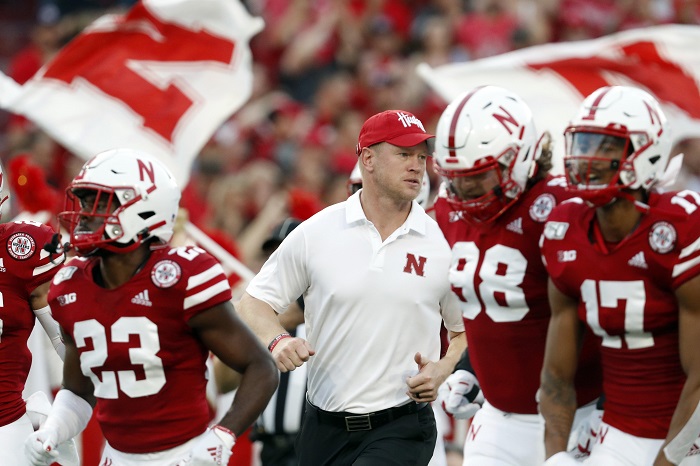 Boy it’s tough to be Nebraska football these days. The glory days are long gone, they’re stuck in a Big Ten West that is the weaker of the two divisions in the conference and still can’t get any mojo going on the gridiron. Scott Frost was supposed to be the hometown hero returning to save the day, but that hasn’t happened yet. There’s still time, but the pressure is on Frost who is working under a new athletic director.

Anyway, Nebraska football can’t even get out of its own way when it comes to fun on social media. The Cornhuskers social media team tried to have fun with the New York Post headline that read, “Shark advocates call for rebranding of violent attacks as ‘interactions’.”

So, Nebraska tried to have some fun with this and shared a photo of a Nebraska player sacking an Iowa quarterback, with the caption, “Nothing to see here, just a friendly ‘interaction’.”

Iowa football, to its credit, had one of the great clap backs in recent social media memory, responding with, “Interesting photo choice because it’s been 2,425 days since your last good ‘interaction’ with us.”

I mean that’s just a brutal job by Nebraska to not realize that this was going to happen considering you haven’t beaten the team you’re trying to troll since 2014.

But in many ways, it’s a sign of the times for the Nebraska football program. There’s only one direction for them to go: up.