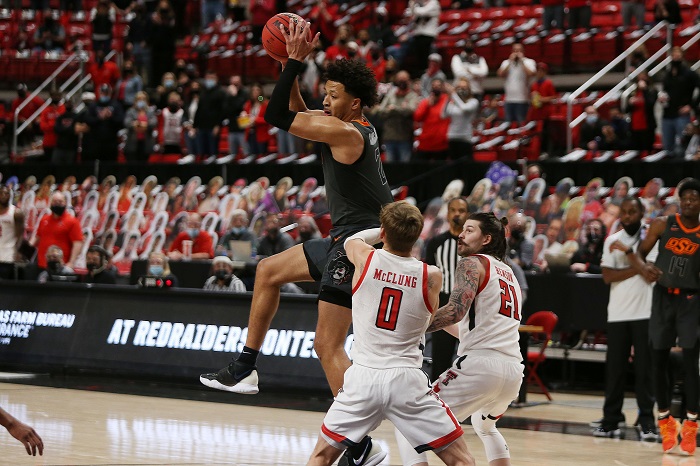 The Detroit Pistons have reportedly ‘landed’ on selecting Oklahoma State guard Cade Cunningham as the No. 1 overall pick in the 2021 NBA Draft on Thursday night.

The report, from ESPN’s Adrian Wojnarowski, cited sources within the NBA. The Pistons hold the No. 1 overall pick as a result of winning the NBA Draft Lottery last month. Wojnarowski noted that Pistons officials were in New York City on Wednesday to meet with Cunningham and finalize their decision. Pistons general manager Troy Weaver had told the media on Wednesday that the Pistons’ decision was not final.

Woj also noted that trade offers continue to come in for the No. 1 pick, with the draft starting at 7 p.m. central time.

If the Pistons follow through, Cunningham would be the first Big 12 player to be taken No. 1 overall since 2014.

Cunningham played just one season at Oklahoma State, but left the program with his name firmly ensconced in its record books. Cunningham was the first player in program history to be named to the Associated Press All-America First Team and just the second to be named a consensus First Team All-American (Bob Kurland, 1944-46).

He did so after leading the Big 12 Conference in scoring with 20.2 points per game, which was second nationally among freshmen and 20th overall. His 544 points was the highest of any OSU freshman. In doing so, he was named the Big 12 Player and Freshman of the Year. He also won practically every national freshman of the year award, and he was a finalist for both the Naismith Trophy and the John R. Wooden Award, given to the country’s best player.