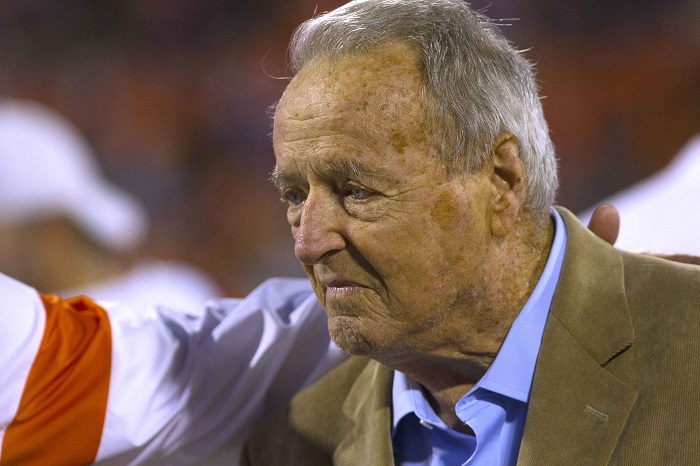 Bowden had been battling a terminal medical condition since July. He did not disclose what the condition was at the time, although his son Terry later told reporters that it was pancreatic cancer.

“I’ve always tried to serve God’s purpose for my life, on and off the field, and I am prepared for what is to come,” Bowden said in a statement announcing the condition. “My wife Ann and our family have been life’s greatest blessing. I am at peace.”

Before he became the legendary coach at Florida State, which ultimately defined his career, Bowden spent several years at West Virginia.

The tragic Marshall plane crash in 1970 affected Bowden in his first year as head coach and he petitioned the NCAA to wear Marshall jerseys and play their final game for them, however the NCAA turned him down. So instead, the players added green crosses and “MU” to their helmets. Interestingly, Bowden’s career could’ve gone in a very different direction. He said later that Marshall wanted him to be its next head coach. But he wound up choosing Florida State because it was warmer in Tallahassee and closer to his mother.

Bowden and Penn State coach Joe Paterno rank No. 1 and 2 on the winningest coaches list. He was inducted into the College Football Hall of Fame in 2006.