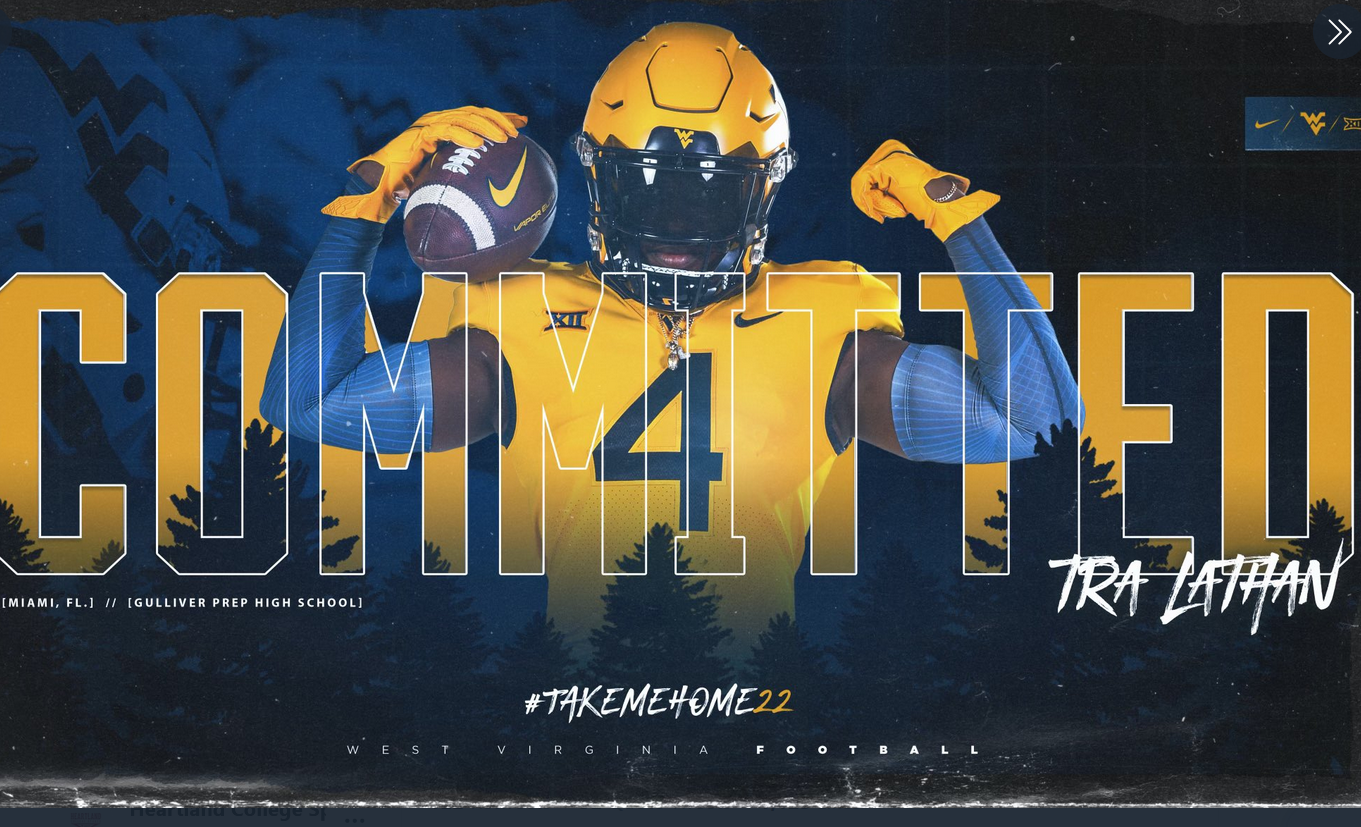 The West Virginia Mountaineers continuing to stock up in their 2022 recruiting class. On Saturday afternoon, the program added four-star linebacker Travious Lathan, a consensus four-star prospect, according to 247Sports.

Lathan is from Miami, Florida and attends Gulliver Prep. He was down to two hated rivals in West Virginia and Pittsburgh and ended up picking the Mountaineers.

The 6’2”, 202-pounder played both ways for Gulliver last season. As a junior, help helped Gulliver make Florida’s 4A state playoffs during a pandemic-shortened 2020 season. He ended up totaled 20 tackles while catching 14 passes for 239 yards and two scores on offense.

The Mountaineers now have 17 commitments in their 2022 class, which is ranked 22nd in the nation, according to 247Sports. He’s the third-ranked recruit in the class behind Jacoby Spells and Nicco Marchiol. Spells is also from Florida and a four-star cornerback who picked the Mountaineers over Miami and Indiana. Meantime, Nicco Marchiol is a four-star cornerback from Arizona, who picked WVU over Florida and Florida State.

This moves the Mountaineers into the No. 3 spot in the Big 12 for 2022 class rankings, behind Oklahoma and Texas.