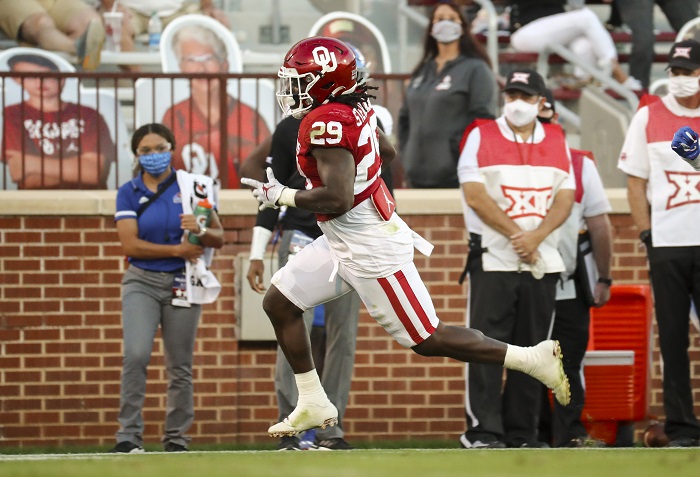 Former Oklahoma Sooners and current New England Patriots running back Rhamondre Stevenson made his NFL preseason debut on Thursday night against Washington and he made a big-time first impression.

After scoring his first touchdown on a one-yard run in the third quarter, then in the final quarter he went on to rip off a 91-yard touchdown run for the Patriots.

Stevenson finished the game with 127 yards and two touchdowns on 10 carries to help lift New England to a 22-13 win over Washington. He was selected by the Patriots with the No. 120 overall pick in the fourth round of the 2021 NFL Draft.

Stevenson was suspended for the first half of the 2021 season for the Sooners, but when he returned he was one of the most productive players in college football with 101 carries for 665 yards and seven touchdowns, averaging 6.6 yards per carry.

Stevenson was a four-star junior college prospect from Cerritos College in California and was one of the top JUCO players in the country. He ended up picking the Sooners in the Class of 2019 over offers from other powerhouses like Texas and USC. In 2019, he finished the season with 64 carries for 515 yards and six touchdowns.