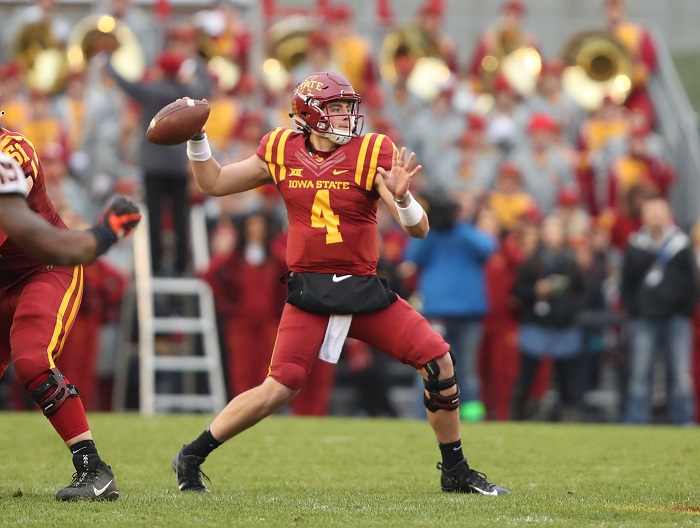 Iowa State and Big 12 fans will remember the name Zeb Noland, and now South Carolina and SEC fans will get to know his name, but not for the reason even Noland expected.

Zeb was set to start the 2021 season as a graduate assistant coach for South Carolina, but it was just announced by new head coach, and former Oklahoma assistant, Shane Beamer that Noland has been added to the active roster as a quarterback.

Noland played for two seasons at Iowa State from 2017-18 before transferring to North Dakota State for the past two seasons. During his time with the Cyclones, he completed 60.2% of his passes for 1,255 yards with six touchdowns and two interceptions. He started four games in 2018 after Kyle Kempt was injured, but was eventually lost his starting job to freshman Brock Purdy. At North Dakota State, he was the back up to Trey Lance, who was a first round pick in this year’s NFL Draft.

“He arrived here in June as a graduate assistant with eligibility still remaining,” Beamer said. “As a graduate assistant, you are able to practice with the team and he did that today. I saw Zeb in 2018 (as an assistant at) Oklahoma with Kyler Murray, CeeDee Lamb, and Marquise Brown, and that squad we had in 2018 rolled into Ames, Iowa against Zeb and the Cyclones. It was a back and forth game. Zeb’s dad is a high school coach in Georgia and has known him for a long time.”

Beamer went on to say, “He has great experience, and most importantly has played in a football game a heck of a lot more recent than anyone else on this team. North Dakota State had a spring football season. While our guys were going through spring practice, Zeb was playing in games.”