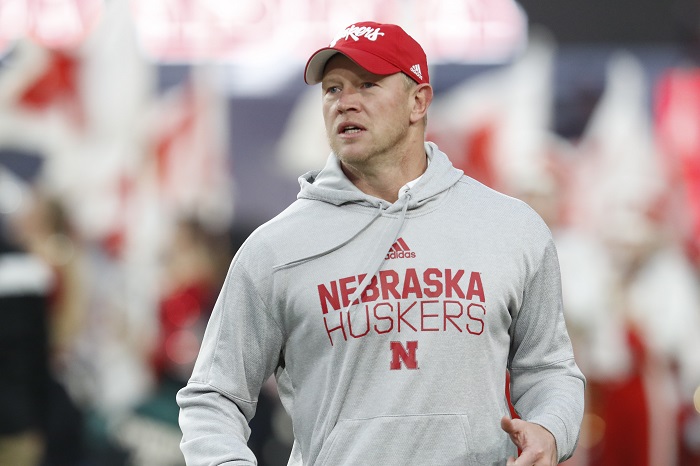 Nebraska’s football program and coach Scott Frost are under NCAA investigation for allegedly improper use of analysts and consultants during practices and games, sources told The Action Network’s Brett McMurphy.

According to the report, the University has “significant video footage” of practice violations in the presence of the coaching staff, and also, during the pandemic, when the NCAA prohibited organized athletic activities, Nebraska allegedly moved its strength workouts to an off-campus location to avoid being detected. These workouts were apparently held by the Nebraska strength and conditioning staff, but it’s not known if the NCAA is investigating these specific allegations.

According to the report, the NCAA has interviewed Frost, along with current and former staff members, administration and football players regarding the allegations which date back 12 months. Frost has also hired attorneys.

For what it’s worth, analyst Jonathan Rutledge and chief of staff Gerrod Lambrecht have left the program in the past eight months, but it’s is unknown if them leaving has anything to do with the current allegations. As part of the investigation from the NCAA are allegations of impermissible use of analysts and consultants conducting and controlling drills pertaining to special teams.

Nebraska is getting set to enter a critical Year 4 for Scott Frost, who has not met expectations since leaving UCF for his alma mater. Penalties for Frost could include a suspension for the head coach. The Cornhuskers open their season against Illinois on August 28th.