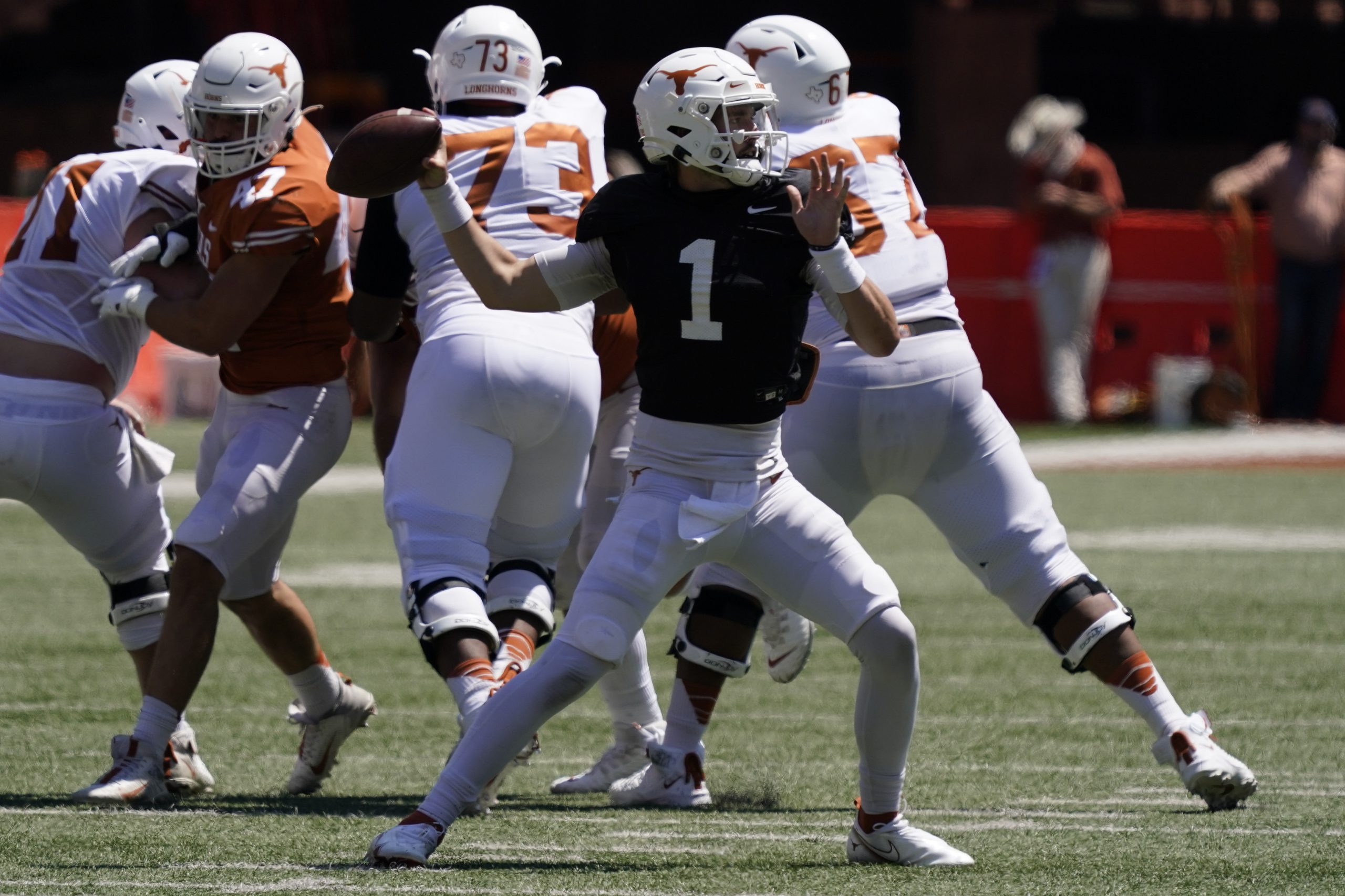 Steve Sarkisian has admitted that his decision on the current quarterback battle between Hudson Card and Casey Thompson is going to be the toughest decision he has had to make as a head coach.

Well, it looks like that tough decision may be over according to Horns247. According to their sources, it has been announced that Hudson Card has won the starting job.

Despite Hudson Card winning the job, their report says that Sarkisian informed the two quarterbacks on Friday that both quarterbacks will play in the opener against Louisiana Lafayette next weekend.

It was quite the quarterback battle as Casey Thompson was the number one guy for the first half of camp, but Hudson Card made strides and by the end of camp, he was running with the ones.

The turning point appeared to have happened after the scrimmage on August 14th. After that scrimmage, Hudson appeared to be the number one guy and it has stayed that way until a decision was made on Friday.

We are just a week away from kickoff but when it comes to making a big-time decision like this, time is needed. Louisiana-Lafayette is a worthy week one opponent so it will be interesting to see how Hudson Card performs and if he struggles, will he be replaced by Casey Thompson? I guess we will have to find out on September 4th.