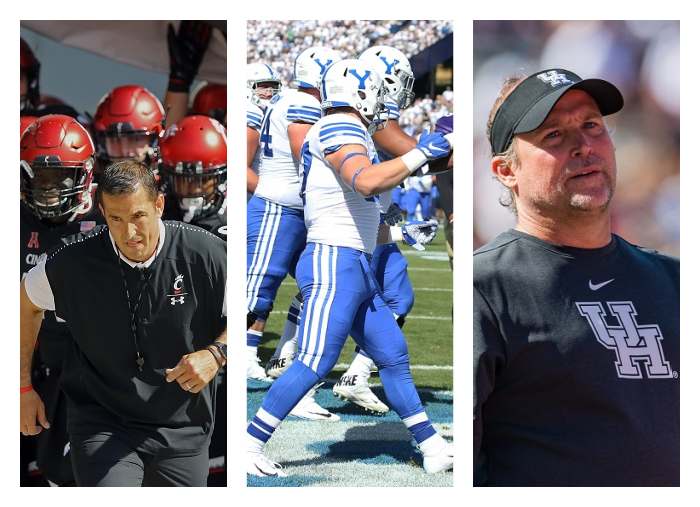 The Big 12 Conference cold be going back to the 12-team number sooner than later.

BYU, Houston, UCF and Cincinnati are planning to submit applications next week to join the Big 12, according to ESPN.

Per the report, these four schools could be approved for admission as early as a September 10th meeting of Big 12 presidents. A source told ESPN, “Things are moving very quickly. There’s obvious momentum to get votes to the board.”

What would a timeline mean? Well the American Athletic Conference bylaws require schools to give a 27-month notice before they leave and pay a $10 million buyout fee. Just like Oklahoma and Texas, an earlier exit is possible, if a deal is negotiated on the buyout, but the most realistic timeline appears to be 2024.

Big 12 commissioner Bob Bowlsby declined comment Friday, but a Big 12 source also made sure to differentiate between what is likely to happen with these four schools and what took place between Oklahoma, Texas and the SEC, saying, “All of those schools reached out to us. It wasn’t like we poached them. They all made the initial communication.”

However what makes all this interesting is that the Big 12 Conference could be anywhere from 11 to 14 teams temporarily. That’s because Oklahoma and Texas have said they will honor their grant-of-rights agreement before joining the SEC on July 1, 2025. They could leave the Big 12 earlier, but it would cost them nearly $80 million each.

As a result, it’s possible the Big 12 operates as a 14-team conference for a year, with OU and Texas alongside the four new members. Plus, another option is BYU joining earlier, since they’re an independent, which would give the Big 12 11 teams for a period of time.