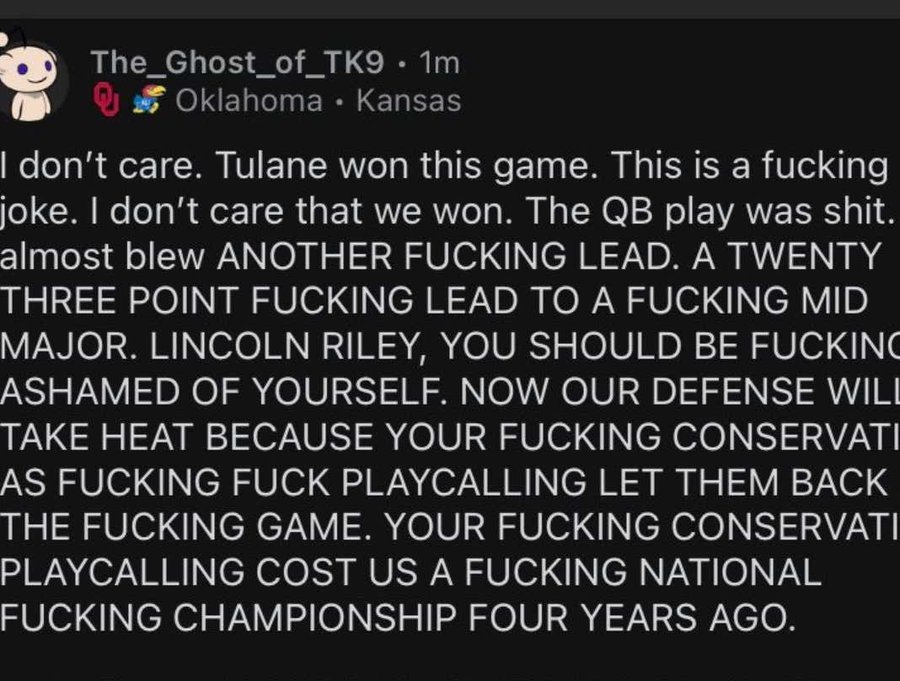 We all know that Oklahoma’s season-opening win over Tulane didn’t go according to plan. The Sooners won 40-35, but in the game they trailed 14-7, before leading 37-14, and then having to hang on for a win late in the fourth quarter. It was far from the prettiest opener for a team that many expect to be able to compete with Alabama, Clemson and Georgia for a National Championship this season.

And we all know fans like to overreact to Week 1, no matter what. But this one Oklahoma fan took things to the next level on Reddit with this post that has since gone viral.

Well, needless to say that fan may have just bet the mortgage on Oklahoma -32, which we also took, and looks like an incredibly foolish bet in hindsight. And for this fan to go back to the Georgia game in the College Football Playoff is a rough look.

However, it’s also entirely possible this fan has ZERO recollection of even posting this, if he was in the frame of mine of so many were in to celebrate the return of college football and then drown his sorrows in a close win over Tulane. If that’s the case, we might be willing to give him the benefit of the doubt.