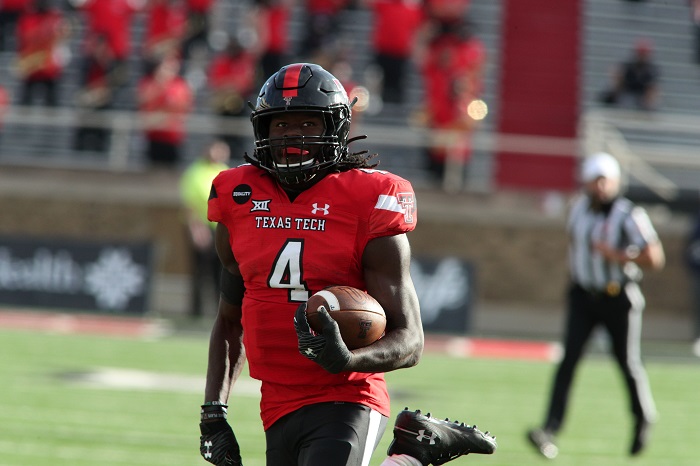 SaRodorick Thompson’s clearance to return to football activities is another shot in the arm for the Texas Tech Red Raiders, who defeated Houston on Saturday.

The Red Raiders had to rally back from a 21-7 deficit at halftime to beat the Cougars and scored 31 points in the second half. The Red Raiders (1-0) won, 38-21, against a program that could be a Big 12 Conference member one day.

The Red Raiders did it without Thompson, who injured his shoulder in April. In his place, Tahj Brooks rushed for 134 yards and two touchdowns.

But that doesn’t mean the Red Raiders can’t use Thompson. After all, Thompson has rushed for 1,480 yards and 23 touchdowns in his first two seasons, and he’s the first Red Raider to lead the team in rushing in back-to-back season since DeAndre Washington did it in 2014-15.

It just means the Red Raiders may not need Thompson when they open the home portion of their schedule on Saturday against Stephen F. Austin (1-0), which is coming off a win over Tarleton State.

Red Raiders head coach Matt Wells announced Thompson’s clearance on Sunday but did not indicate when Thompson would hit the field. Don Williams of the Lubbock Avalanche-Journal wrote than when Thompson originally hurt the shoulder, the time frame for his return was around the first three games of the season.

Given that Thompson is clear to resume football activities, he would appear to be on track to return soon. After Stephen F. Austin, the Red Raiders host FIU on Sept. 18 before opening Big 12 play against Texas on Sept. 25.