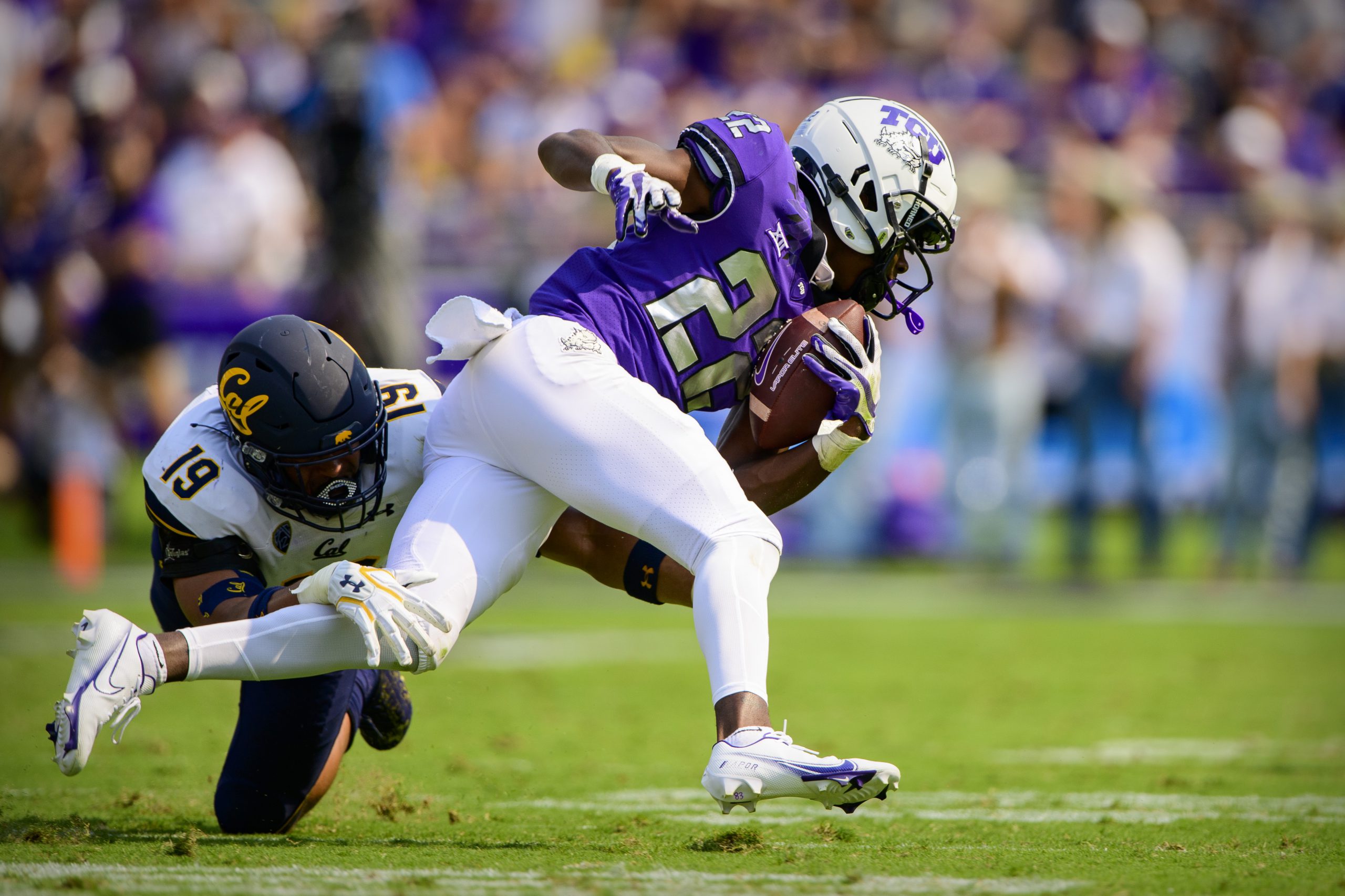 The last time these two programs met, it was a game to remember. Back in 2018, these two collided in the famous Cheez-It Bowl that ended with a 10-7 TCU overtime victory. Some remember that as one of the weirdest bowl games ever played and as oddly entertaining as that game was, this one provided a little bit more offense.

Strangely enough, we did get some firsthand memories of that Cheez-It Bowl due to the fact that we had a 6-0 game after the first quarter in Fort Worth. However, that would not last long due to Max Duggan getting picked off for a Cal score to make it a 13-0 game early in the second quarter.

TCU would finally score thanks to Duggan’s pass to Blair Conwright for a 30-yard strike, but the Golden Bears would respond quickly grabbing a 19-7 lead. But then, TCU settled into the ground game and the offense caught fire.

With less than a minute to go in the first half, TCU running back Zach Evans made a spectacular 51-yard touchdown run to pull the Frogs within five before the first half ended.

As the second quarter saw offense, the third quarter was identical to the first quarter as the only score was a Max Duggan touchdown pass to Quentin Johnston to give TCU their first lead of the day.

Cal would open the fourth quarter with a touchdown but once again Max found Johnston this time from 45-yards out to recapture the lead 27-26. Max would run for a score late to extend the TCU lead to eight in the game.

The Golden Bears did score later, but the Horned Frogs got the big stop on the two-point try to hold on for the 34-32 win.

I am not sure, but I sure did not see this game unfolding the way it did. I figured this game would be low scoring as both defenses would hold strong but that wasn’t really the case for this game TCU allowed many big plays through the air which was odd considering Cal only scored 17 against Nevada a week ago.

However, TCU’s offense picked up the slack a bit which it is usually the other way around. The Horned Frogs ran wild on Saturday with a total of 264 yards on the ground led by highly touted running back Zach Evans who had 183 yards for the day. Outside of the rushing attack, Max Duggan was able to connect with Quentin Johnston a couple times for scores.

Over the last few years, TCU has not had the skill players to really help out Max Duggan and this year they do. That’s why TCU can be a dangerous team this season. Players like Zach Evans and Quentin Johnston are elite type of players and when you combine that with Max Duggan’s athletic ability, good things can happen for the TCU offense moving forward.