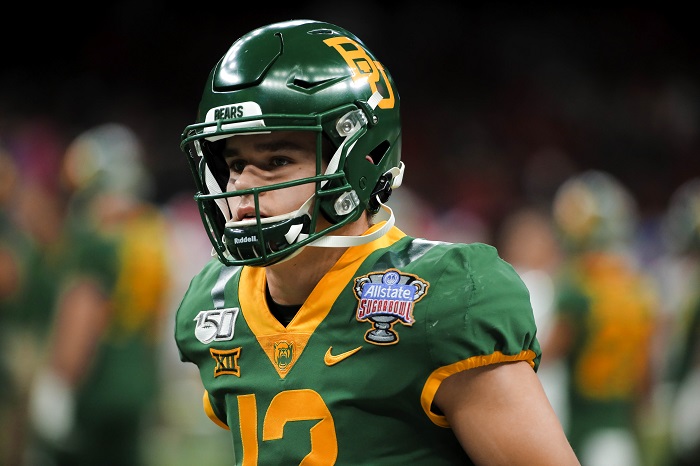 Brewer transferred to the Utes following the 2020 college football season. He had started the first three games for Utah, but was benched in their last game against San Diego State.

Utah released a short statement to the Salt Lake Tribune saying, “Charlie has decided to move on and we wish him the best.”

Brewer saw his passing numbers fall in each of his three starts for the Utes. He threw for 233 yards in the opener against FCS power Weber State, followed by 147 yards against BYU and 104 yards against San Diego State, the game that led to his benching. Brewer threw three touchdowns and three interceptions for the season.

Cameron Rising took over for the Utes and threw three touchdown passes in the 33-31 triple-overtime loss. Rising was the starter in Utah’s season-opener in 2020, but he suffered an injury in the first half and missed the rest of the season.

Charlie Brewer finishes his Baylor career holding the No. 2 spot in most Baylor records, trialing only Robert Griffin III, who went on to win the Heisman Trophy. He ended up throwing for 9,700 yards with 65 touchdowns and 28 interceptions, along with 1,039 yards rushing with 22 scores.

Brewer still has one year of eligibility remaining. He transferred to Utah without having used his redshirt. Per the Salt Lake Tribune, he could use his redshirt for the remainder of this year and transfer to another school to play in 2022.