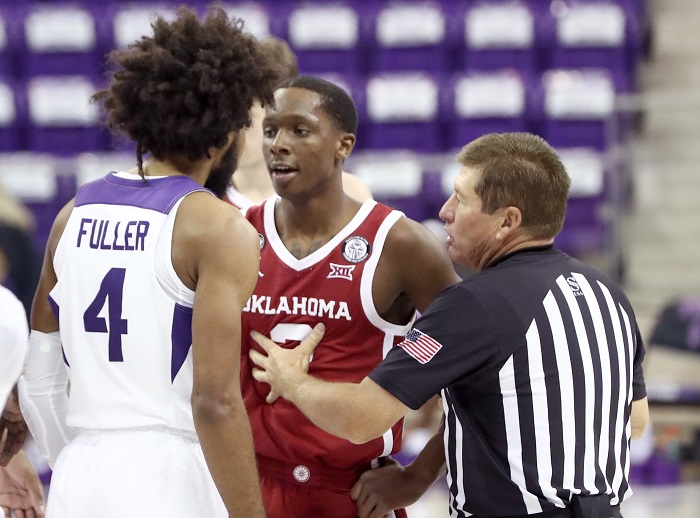 Umoja Gibson is a part of our Heartland College Sports Big 12 men’s Top 25 returning players countdown as we get closer to the 2021-22 college basketball season opener.

Where he left off: With holdover talent like Brady Manek, Austin Reaves and De’Vion Harmon, Gibson, a transfer from North Texas, had time to blend in and support the returning veterans. By season’s end he was a part-time starter who averaged  9.1 points, 3.1 rebounds and 1.2 assists per game. His offense started gathering steam in January with a 29-point game against West Virginia in early January, and from there he became a serious option for the Sooners, especially from the 3-point line. He hit eight 3-pointers against WVU, and for the season he shot 41.1 percent from distance, one of the best percentages in the Big 12.

Where he’s headed: Well, Manek, Reaves and Harmon are gone, so Gibson is now the top holdover guard for the Sooners entering the 2021-22 season. He’s an instant starter, and the Sooners need him to take his game up a notch if they hope to contend in the Big 12. His 3-point shooting was consistently strong last season. In addition to that, new head coach Porter Moser hopes that he can get Gibson to play consistently good defense and get to the free-throw line more often, which means more driving to the basket. Gibson shot just 30 free throws last year, but he made more than 73 percent of them. The Sooners need him to drive and draw more fouls. The Sooners also need his leadership, as the team features more new players (transfers and freshmen) than holdovers from a year ago.