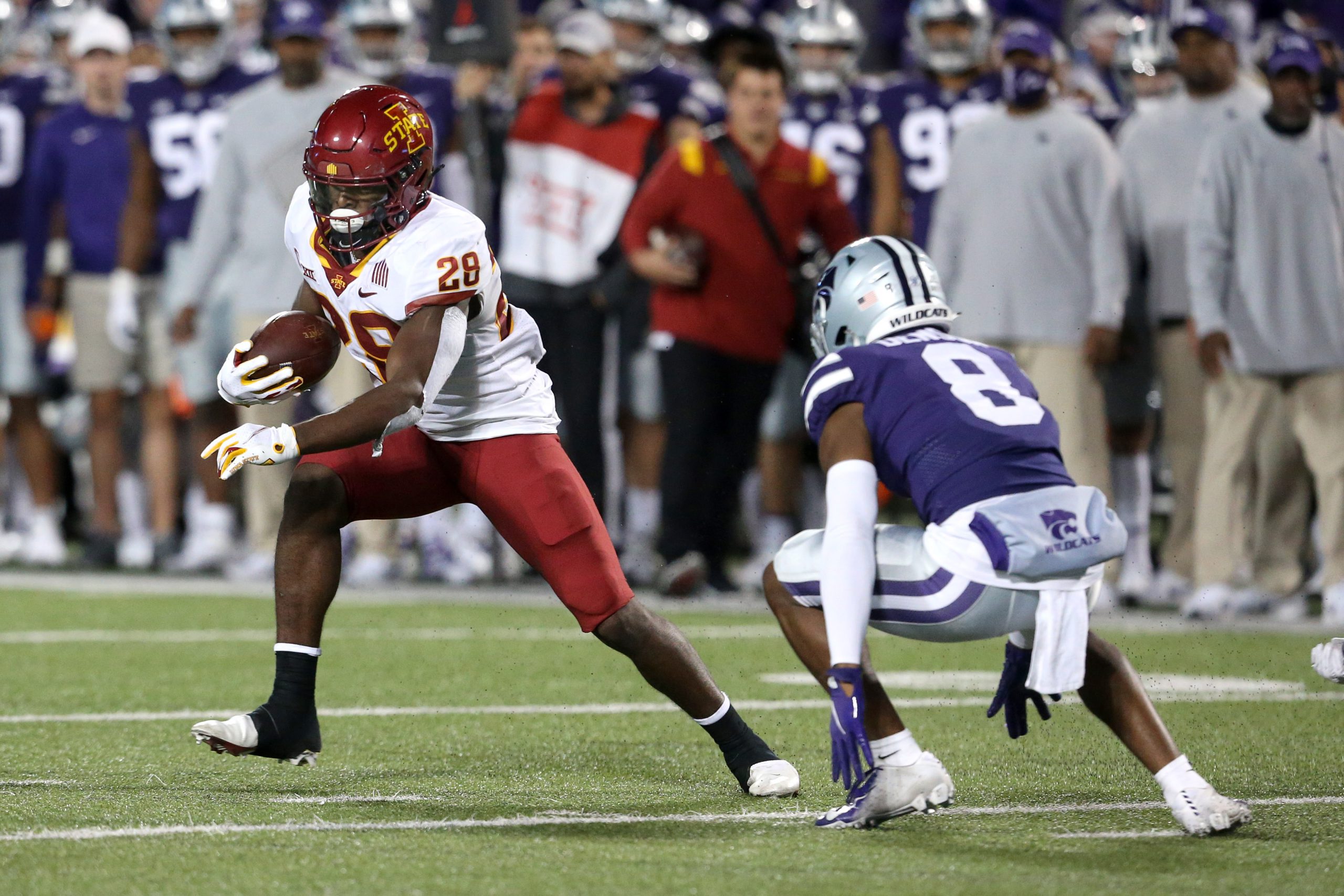 While there were several big-time matchups in the Big 12 none were bigger than the Iowa State vs. Kansas State game on Saturday night.

The rivalry otherwise known as Farmageddon has been played for 105 consecutive years and over the last few seasons, it has become one of my favorite rivalries in all of college football.

This game was about more than Corn versus Wheat or who would get bragging rights for one year. There were Big 12 title hopes at stake as both teams needed a win to keep those dreams alive. In the end, Iowa State ended up walking out of the Little Apple with a win for the first time since 2004. Here are my three thoughts on the game.

This would have sounded crazy before the season started because Breece Hall was a hot topic in the offseason. He got plenty of preseason love, and rightfully so, as he led the nation in rushing yards last season. But with the emergence of Bijan Robinson at Texas and Jaylen Warren at Oklahoma State, I feel like Breece Hall has taken a backseat in some people’s minds. At Baylor, he reminded us just how good he is and tonight against a good Kansas State defense, he played well once again. Hall finished the game with nearly 200 yards rushing and two scores. He started the game with a bang because on the first play of the game, he went 75-yards for a touchdown. There are plenty of great running backs in the Big 12 but keep in mind, Breece Hall belongs at the top.

Remember when Kansas State was the team who could slow the game down and put together long drives that wear down a defense? It was like a slow chokehold on a defense that would last forever. That wasn’t the case tonight because it was the Cyclones offense wearing down the Wildcats defense. Iowa State held the ball for almost 34 minutes of the game and had two offensive drives that last lasted over seven minutes. On one particular touchdown drive, Iowa State took ten minutes off the clock and converted five third downs on that drive alone. Also, I need to give some credit to Brock Purdy. He played an efficient, clean game as he went 22/25 for 208 yards and a score. I guess Brocktober is back.

3. Where Does Kansas State Go from Here?

After the loss to Iowa State, the Wildcats fall to 3-3 after a 3-0 start to the season. With three losses in conference play, their hopes of playing in a Big 12 title game are done. What is even more concerning is the fact that they have now lost eight conference games in a row dating back to last year.

Along with the losing streak, I am not sure what to make of this team. They looked bad on Saturday night and did not look like a team that was well prepared after a bye week. The offense needs some work because Deuce Vaughn can’t do everything. He needs some help and another thing to worry about is the defense. It was a strength early on in the year, but now they are having trouble getting off the field and getting stops. Next week they take on Texas Tech in Lubbock. That is a must-win game for Kansas State if they want to get to a bowl game this year.