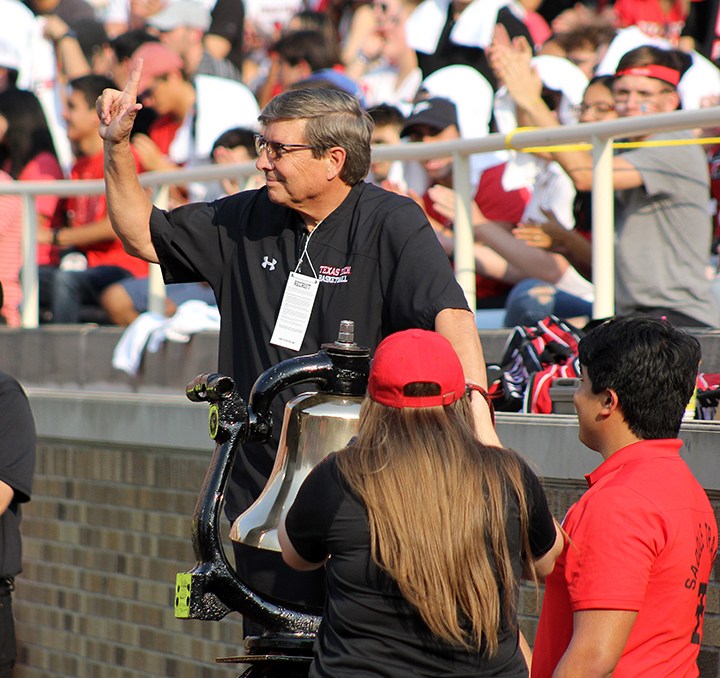 Mark Adams said there was no happier person in the world than he was the day he was hired as Texas Tech’s men’s head coach on April 6.

“No one was more stressed than I was,” Adams said during Big 12 Media Day on Wednesday. “It was an empty office with just me and Coach (Sean) Sutton.”

Adams had to hit the ground running in an effort to protect the players that he had and to recruit new players for the ones that had transferred away. Only problem? Adams had to hire a staff first, since most of the staff followed Chris Beard to Texas.

Adams called it a “whirlwind.” But the West Texas native and Texas Tech graduate wouldn’t have it any other way.

The Red Raiders are coming off an 18-11 season, during which the Red Raiders lost to Texas in the quarterfinals of the Big 12 Tournament. The Red Raiders made the NCAA Tournament as an at-large bid, as they defeated Utah State in the first round and lost to Arkansas in the second round.

Beard left the program in April to take over the program at Texas, after Shaka Smart left the program for Marquette. Beard’s departure from Lubbock led to the elevation of Adams to head coach. Adams has won more than 500 games as a head coach at multiple levels and spent all of Beard’s tenure in Texas Tech as an assistant coach.

The Red Raiders lost several players to the transfer portal, including forward Tyreek Smith and guard Kyler Edwards. Plus, leading scorer Mac McClung left for the NBA. Terrence Shannon Jr. put his name in for the NBA but decided to stay in school another year. He joins a core of returning players in forward Marcus Santos-Silva and Kevin McCullar.

The Red Raiders open the regular season at home on Nov. 9 against North Florida.