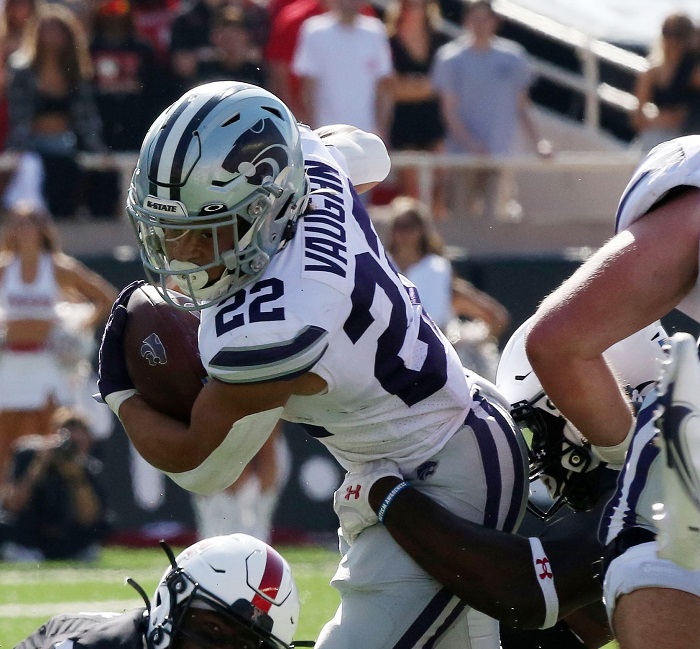 The Kansas State Wildcats traveled to Texas Tech on Saturday for a match up between two teams that had very different stories this year. Tech had taken advantage of a weaker schedule to start the season, getting off to a 5-2 start, while K-State dealt with a frontloaded schedule in Big 12 play was was 3-3 overall. These two teams hooked up in Lubbock and it went down to the wire with 25-24 win by Kansas State.

As much as Kansas State did some good things in this game to come back and win it, the story here is about Texas Tech’s collapse. After jumping out to a 14-0 lead, Tech’s offense hit the skids. In the second half, the Red Raiders had a total of 86 yards of offense. Meantime, they started off the game with three touchdowns on their first four drives, with two of those two going for 75 yards each. Yes, the K-State defense started to bottle up the Red Raiders in a way they didn’t in the first half, but the way Tech was unable to move the ball and couldn’t adjust properly is on Matt Wells, Sonny Cumbie and this coaching staff as much as anyone.

Thompson’s leadership and efficiency played a huge role in this comeback by the Cats, who were down 14-0 early, and then 21-7, before Kansas State outscored Texas Tech 18-3 the rest of the way. Thompson finished his day 24/30 for 296 passing yards with one touchdown and zero interceptions. Even after a bad fumble by tight end Nick Lenners that stalled out a solid drive by Kansas State, the Cats forced a punt on defense, and then Thompson led the team on the game-winning, nine-play, 66-yard drive, ending in a 22-yard touchdown pass to Deuce Vaughn.

Earlier in the season, many thought that Thompson might be done for the season after a non-contact knee injury. But he has since returned and with Kansas State snapping its three-game losing streak, and looking at a favorable back-end of the schedule, the Wildcats are on pace for bowl eligibility, which was a reasonable expectation for this team before the season began.

In the first half, Matt Wells looked like he was about to clinch bowl eligibility before Halloween. Meantime, Chris Klieman, who had himself a tough week after he awkwardly asked the media to “be more positive”, was on the verge of getting lots more “non-positive” stories from the press, and hearing plenty of negative noise from the fan base. But after the final result, it’s now Matt Wells who has Tech fans upset after blowing a big lead, while also wondering if they can win one of their next four games (Oklahoma, Iowa State, Oklahoma State, Baylor) and even become bowl eligible. Meantime, Klieman has his team in a position to finish with bowl eligibility fairly easily, and possibly reach the seven-win mark. That should suffice for Kansas State football fans, at least the ones who want to be reasonable.