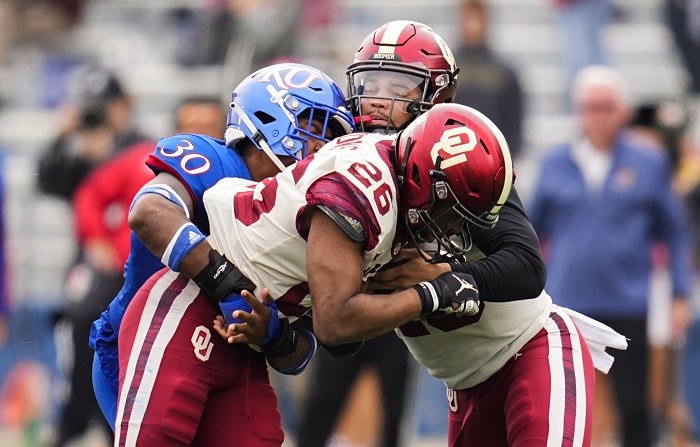 Oklahoma went into Lawrence as 38-point favorites over the Jayhawks, but the Sooners found themselves in a dog fight on Saturday afternoon.

And with the game down to the wire in the fourth quarter, OU was leading 28-23 with the ball around midfield. Lincoln Riley decided to keep the ball in the hands of his true freshman QB and went for it. The play call was a hand off to Kennedy Brooks, who looked like he was clearly stopped shy of the first down marker, but then out of no where, Williams tore the ball out of his teammates hands and ran for a first down.

Oklahoma went on to score one more touchdown and won the game 35-23.

The full statement is here.

Regardless, KU played its tail off and deserves a ton of respect for how they nearly pulled off the win. It’s definitely a step in the right direction for Lance Leipold’s team.

And for OU, they breath a sigh of relief and remain undefeated in a wild year for college football.