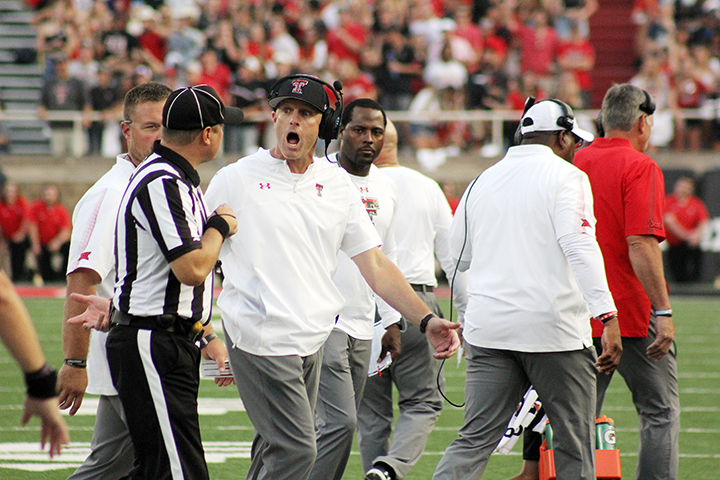 Matt Wells will be fired as head football coach of the Texas Tech Red Raiders, according to multiple reports on Monday.

Per reporting, current offensive coordinator and former Texas Tech quarterback Sonny Cumbie would replace Wells for the remainder of the season.

A press conference at Texas Tech, which will include athletic director Kirby Hocutt, is reportedly set for later this afternoon or this evening.

While Wells is 5-3 this season, the Red Raiders have been uneven since entering Big 12 action. Tech fell hard to Texas in the opener, and then followed that with a last-second win over West Virginia on the road.

The Red Raiders were then blown out at home TCU, and then went on the road and blew out Kansas.

Saturday’s game appeared to be the last straw, as the Red Raiders held a halftime lead on Kansas State and eventually lost, 25-24.

Wells, the former Utah State head coach, was picked to replace Kliff Kingsbury after the 2018 season and the Red Raiders are 13-17 under Wells. Along with the under-.500 mark, the Red Raiders are likely feeling a bit of buyer’s remorse after watching Kingsbury lead the Arizona Cardinals to an undefeated start to the 2021 season.

The Red Raiders will face No. 4 Oklahoma this weekend. In fact, all four of the Red Raiders’ remaining games are against ranked teams.