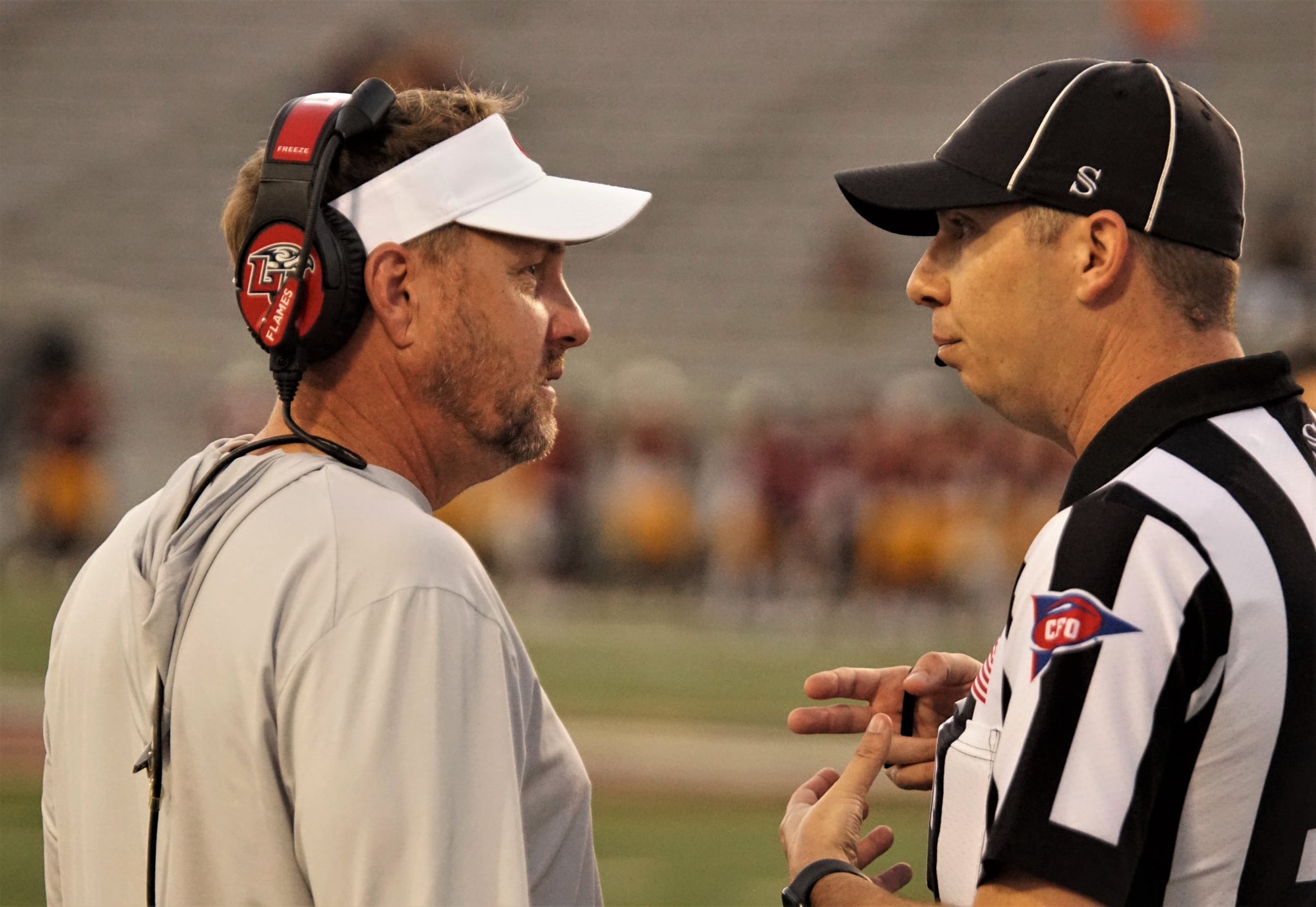 UConn, Liberty and New Mexico State appear to be the primary targets of Conference USA as the league tries to rebuild its membership, The Athletic reported on Thursday.

Chris Vannini reported that C-USA was negotiating with all three schools to join the conference.

In the case of Liberty and New Mexico State, those two schools would join in all sports. As for UConn, the negotiations are only for the school’s football program, which means the school’s remaining sports, including basketball, could remain in the Big East.

These days, conferences don’t always make that allowance. But C-USA is desperate at the moment, having lost more than half its membership to other conferences.

Florida Atlantic, Charlotte, North Texas, UT-San Antonio, Rice and UAB have committed to joining the American Athletic Conference. That was the AAC’s response to the Big 12 inviting Cincinnati, Houston and UCF to the league, along with independent BYU.

The conference realignment train started rolling in July when the Oklahoma Sooners and Texas Longhorns announced they would leave the Big 12 after the 2024-25 athletic season and join the Southeastern Conference, setting off shock waves throughout college sports. Since then, the Big 12, the American Athletic Conference and the Sun Belt have all officially announced membership additions.

**Want to win a $20 gift card?  Go sign up here and join our conversation! The best poster each week wins a gift card to your favorite establishment!*