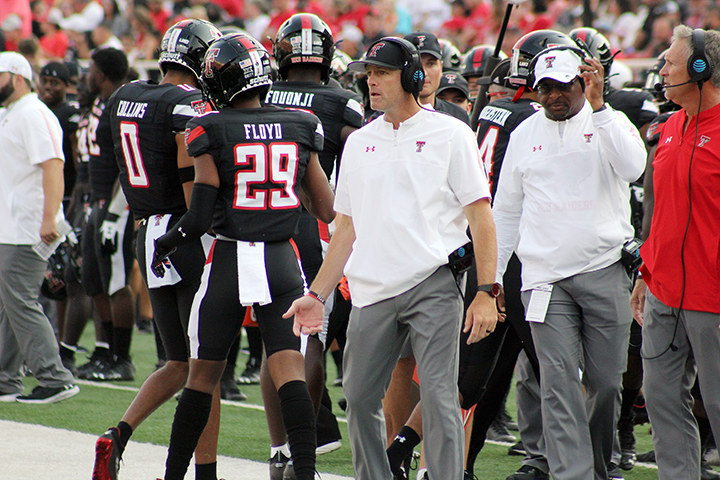 Texas Tech fired head football coach Matt Wells on Monday. Since then, no one has heard from the head coach publicly, that is until Friday, when Matt Wells broke his silence with a Twitter post.

Wells kept it simply, saying, “Thank you. #WreckEm” and then sharing a detailed letter addressed to “Red Raider Nation”.

Wells, the former Utah State head coach, was picked to replace Kliff Kingsbury after the 2018 season and the Red Raiders are 13-17 under Wells, while going 7-16 in Big 12 play. Along with the under-.500 mark, the Red Raiders are likely feeling a bit of buyer’s remorse after watching Kingsbury lead the Arizona Cardinals to an undefeated start to the 2021 season.

This season, Wells had the program off to a 5-3 start, but they blew a 14-0 lead in last weekend’s game against Kansas State, and their remaining four games are all against teams ranked in the Top 25, making the road to bowl eligibility very difficult.

Then there were comments like this made by Wells on a radio show that certainly didn’t help his cause.

The Red Raiders will face No. 4 Oklahoma this weekend. In fact, all four of the Red Raiders’ remaining games are against ranked teams.