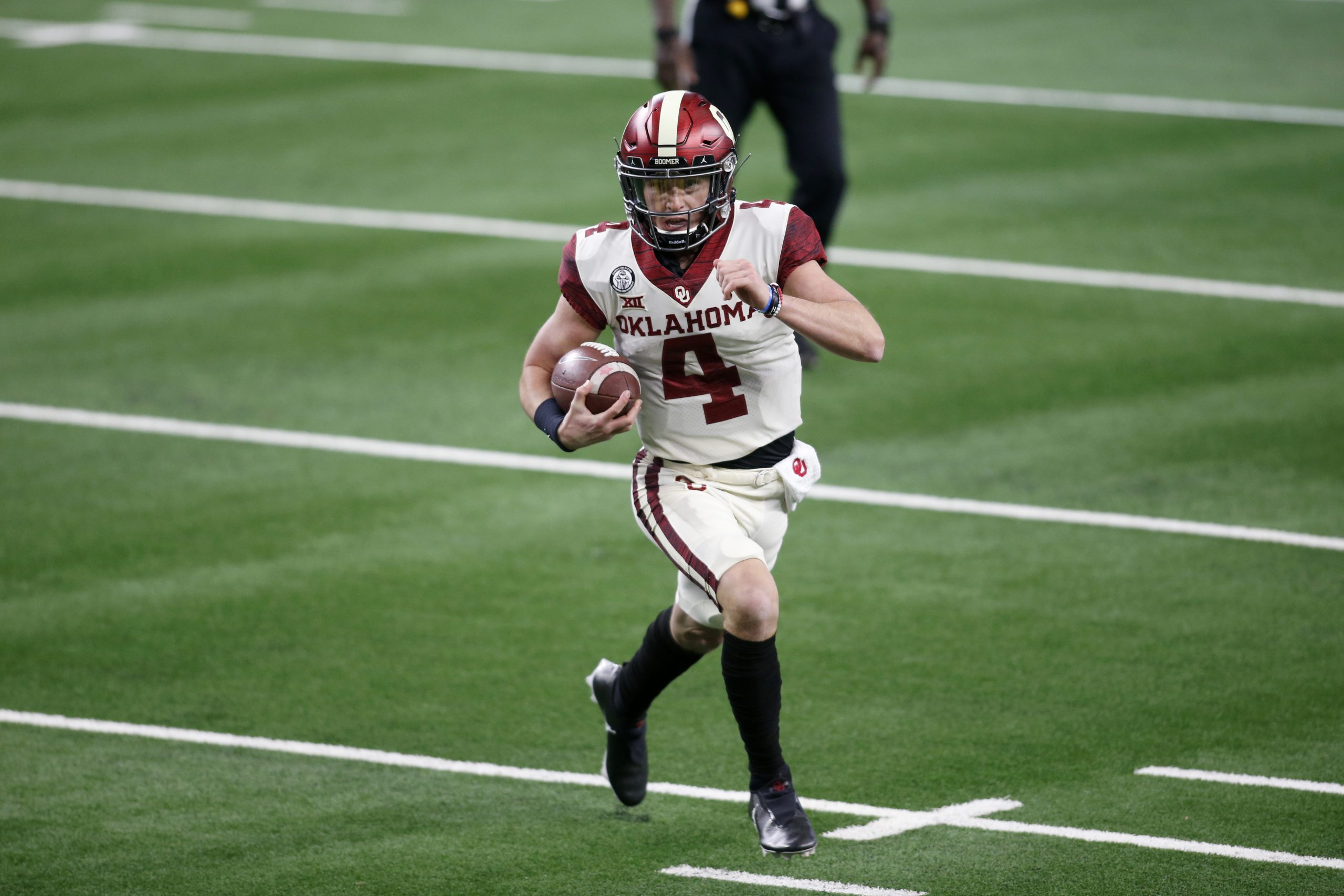 Chandler Morris will start at quarterback for the TCU Horned Frogs on Saturday against Baylor, and running back Zach Evans is out, per Jeremy Mitchell of 247Sports.com.

This is the first major move offensively under interim head coach Jerry Kill, who makes his debut against the Bears.

Morris will replace Max Duggan. The Fort Worth Star-Telegram’s Drew Davison noted on Twitter that Duggan is available to play.

Just as important is the news that running back Zach Evans will not play against the Bears.

Evans has been fighting a foot injury the past few weeks. He leads TCU in rushing with 648 yards and he’s also scored five touchdowns. Without Evans, more of the rushing load would fall on Kendre Miller, who has rushed for 513 yards and six touchdowns this season.

This will be Morris’ first start for TCU. He played last week in place of Duggan, who has been fighting injuries himself. Morris transferred to TCU from Arkansas in the offseason and is the son of former Arkansas head coach Chad Morris, who is now the head coach at Allen (TX) High School.

The game is historic in that it’s the first time Gary Patterson won’t be head coach of the program in more than 20 years. He remade the Horned Frog football program during his 20 seasons in Fort Worth. He is 181-79, making him the winningest coach in TCU history. His team’s high-water mark came in 2010, in which the Horned Frogs went 13-0 and won the Rose Bowl. Patterson and the Horned Frogs mutually agreed to part ways on Sunday, but Patterson has been around the team all week, helping them game-plan for the Bears.

SMU Offers Sonny Dykes Big Raise to be one of Highest-Paid Group of 5 Coaches: Report
Three Thoughts on TCU’s 30-28 Win Over Baylor
To Top