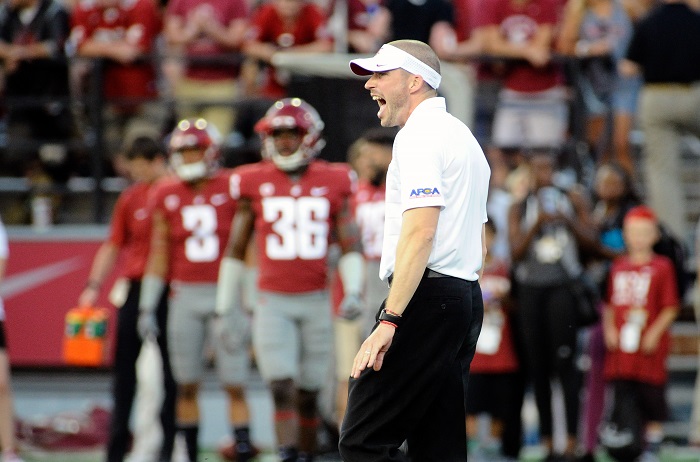 FOX’s Bruce Feldman reported Saturday morning that Oklahoma’s defensive coordinator, Alex Grinch, was a “name to keep an eye on” for the head coaching job in Lubbock.

Grinch has been a hot name on the coaching market since he took the Sooners from 67th in total defense in 2018 to 29th in 2020. His unit has struggled at times through the 2021 season, but ranks third in sacks and leads the conference in turnovers forced with 15.

Grinch is still considered a coordinator with a bright future in college football. Last offseason, Grinch reportedly interviewed for the Arizona opening.

Oklahoma has had a coordinator leave for Lubbock before, as the legend of Mike Leach came to life in the Texas Panhandle just over 20 years ago. He is still the winningest head coach in Texas Tech history with a record of 84-43.

It has also been reported that Sonny Dykes, Tech’s top target to replace Matt Wells, is more interested by the TCU job and is forcing Tech to look elsewhere. That, coupled with UTSA extending Jeff Traylor through 2031, has resulted in Texas Tech looking at assistant coaches to fill the void. Grinch interviewed for the job on Friday, following Baylor’s Jack McGuire, who interviewed for the same position Thursday.

Oklahoma and Texas Tech were both on a bye weeks, while Baylor went on the road and lost to TCU on Saturday. Coincidentally, Oklahoma and Baylor will face each other this weekend in Waco, with major implications in the Big 12 Championship race on the line.