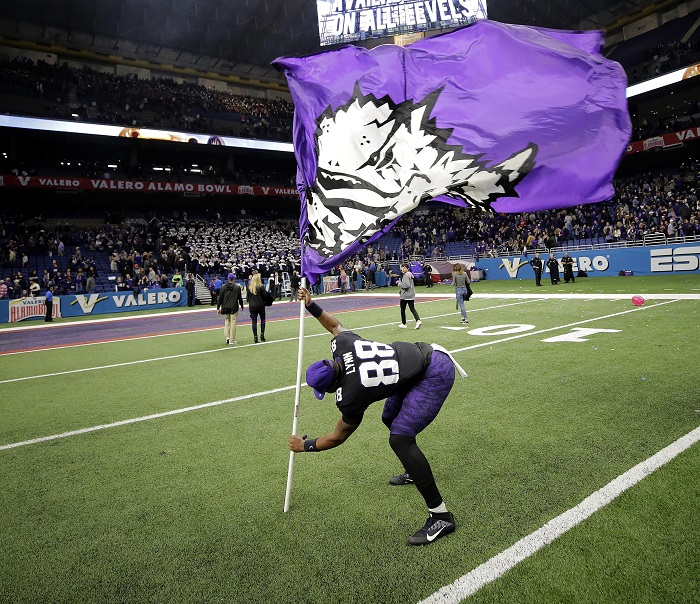 Billy Napier and Sonny Dykes appear to be the favorites to succeed Gary Patterson at TCU, according to a piece by Fort Worth Star-Telegram beat writer Drew Davison.

Davison’s piece, published Saturday, marked the two-week mark of the job search to succeed Patterson. TCU athletic director Jeremiah Donati made that move on Oct. 31, and Davison wrote that Donati hopes to have a new coach in place by early December.

Based on the coaches that Davison believes are favorites for the job, it could be a few more weeks before the hire is made, as Napier and Dykes are both still employed.

Napier and the Ragin’ Cajuns seem destined for a berth in the Sun Belt Championship game. They have a three-game lead in their division and have just two league games left. The SBC title game is on Dec. 4, the same day of the Big 12 title game.

Dykes and the Mustangs would appear to be on the outside looking in when it comes to the American Athletic Conference title game, though the Mustangs do have a matchup with front-running Cincinnati next week. The Mustangs have already lost to Houston which, at the moment, shares the AAC overall lead with the Bearcats. Dykes and the Mustangs may be done on Thanksgiving weekend.

Davison noted that Donati has clear criteria for a new head coach — a current head coach with an offensive background and a plan to navigate the new world of college athletics, including Name, Image and Likeness (NLI).

Davison wrote that Iowa State head coach Matt Campbell and Jackson State head coach Deion Sanders would be long shots. Sanders interviewed earlier this week and would appear to be the preferred choice of TCU running back Zach Evans.

It’s the final week of the regular season in college football and in Stillwater, Oklahoma, it was a match up between two...

Bijan Robinson Gives Update on His Future at Texas

One of the biggest questions in college football after the 2022 season will be whether or not Bijan Robinson returns to the...