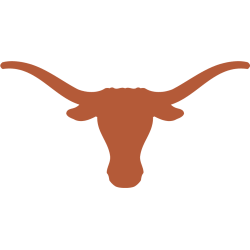 The No. 25 Texas Longhorns continued their 2021-22 women’s basketball season with an 61-56 win against No. 3 Stanford on Sunday afternoon. Here are three takeaways from the game.

Harmon Gets Hot (and so does Mathrau)

Of all of the members of head coach Vic Schaefer’s vaunted 2021 recruiting class, guard Rori Harmon is off to the best start. In fact, against Stanford, she basically kept the Longhorns afloat in the first half.

Harmon scored most of her 21 points in the first half, and those points were critical because it took Texas three quarter to get consistent offense from anyone else (more on that in a second). In the New Orleans game, which Texas won by nearly 100 points, Harmon was more facilitator than scorer. On Sunday she proved should be a scorer against a Top 3 team.

It won’t be Harmon forever, either. Eventually, freshman forward Aaliyah Moore will have her legs under her and she’ll be a problem for opponents. The Big 12 Preseason Freshman of the Year had nine points and five rebounds against Stanford.

As for that other ‘Aliyah,’ Aliyah Mathrau had 17 fourth-quarter points, including all of Texas’ four 3-pointers, to lift Texas to the win. That’s why Harmon’s offense was so critical. Once Mathrau got on track, Stanford was outscored 26-16 in the last quarter.

Now, Texas needs to get that kind of offense for FOUR quarters against teams like Stanford. I think what’s clear is that the youth on Texas’ roster can make an impact right away.

The Defense is Clearly Ready for Prime Time

Texas was just plain physical with Stanford, in a way that I’m not certain the Cardinal expected. The Longhorns were the aggressor the entire game, and while it looked like the defense might fold late in the third quarter, it didn’t. It kept applying pressure.

Texas forced Stanford into 20 turnovers. The Longhorns held the Cardinal to 38 percent shooting. And, most telling, Stanford was 4-of-27 from the 3-point line, an area the Cardinal lived from during their national title run. It’s hard to dictate pace on the defensive end, but Texas did it on Sunday.

In doing so, Texas grabbed its second win against an AP Top 5 team in its last 11 tries. The last one also came against Stanford, then No. 1, in 2019.

Texas Not Shying Away from Tough Games

Sure, the Longhorns beat New Orleans by nearly 100 points in the opener, and Wednesday’s game with Southeast Missouri shapes up to be a lopsided affair. But Schaefer’s schedule in his second year as head coach is filled with non-conference tests like Sunday’s game with Stanford.

Next Sunday the Longhorns will be in Knoxville to face Tennessee, which was No. 15 in the preseason Top 25. The Longhorns’ Big 12-SEC Challenge game is against Texas A&M, which was No. 23 in the preseason Top 25 and is led by Schaefer’s old boss, Gary Blair.  That game is on Dec. 5. Then, on Dec. 19, the Longhorns face the OTHER team that made it to last season’s national championship game, the Arizona Wildcats, in the Pac-12 Coast-To-Coast Challenge in Las Vegas. If Texas isn’t ready for Big 12 play by that point, well, that’s on them.