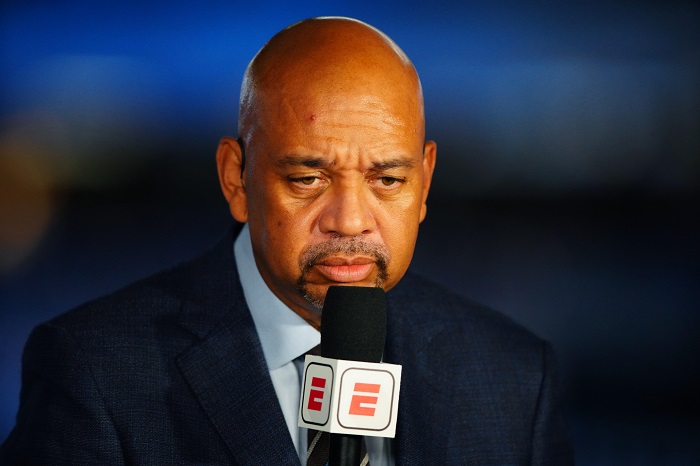 I didn’t believe it when I first saw the reports. I figured it had to be parody or just inaccurate information. But nope, it wasn’t. Michael Wilbon, co-host of Pardon the Interruption, a show that I found entertaining and must-watch as a young teenager 20 years ago, is completely lost when it comes to anything that isn’t the NFL or NBA.

But the show actually spent a couple minutes on college football, and EVEN the Big 12 on Monday’s show, when the question was asked to Michael Wilbon, ‘Who suffered the worse loss: Texas or Oklahoma?”

Wilbon went on to say, “I think Oklahoma because Texas is irrelevant. The score shocks you [Kansas vs. Texas], but I wasn’t going to check in on that. I wasn’t checking in on Kansas, with Texas, come on! But Oklahoma, my man Caleb Williams, who I’m rooting for, and he didn’t have the guy of day he should have. Lincoln Riley, who is supposed to be the quarterback wisper, stop yanking kids in and out of the line up. He never should’ve benched Rattler to start with, he should’ve brought Caleb in and ushered him in more slowly, and you don’t yank him in a one score game. Lincoln Riley, stop, I’m tired of hearing the praise for him. His team is out of it and I ain’t blaming it on my man Caleb Williams. I’m blaming the head coach for being a rash dope. ”

Where do you want to start with the complete absurdity of those comments from Wilbon? First off, zero chance the guy has watched more than five minutes of Big 12 football this year. He might have caught some of the second half of Oklahoma vs. Texas, possibly by accident.

Wilbon being so confused by everything Big 12, from thinking Oklahoma losing to 8-2 Baylor is somehow worse than Texas losing its fifth-straight game for the first time since the 1950’s, against Kansas, who hadn’t won a road Big 12 game in 13 years, as a 30-point favorite, just shows a complete lack of knowledge of anything Big 12, or college football, for that matter.

Oh, and can you follow any of his Oklahoma QB analysis? Caleb Williams is his boy, but Spencer Rattler shouldn’t have been benched to begin with, but then Lincoln was wrong to bench Williams as well… or something like that? It makes NO sense.

The failure of national media to care much about college football, especially the Big 12, is literally why Heartland College Sports exists. I built this site with a laptop and zero following seven years ago. Now, with no corporate backing or investors, we are reaching over 1,000,000 page views per month on this site.

Why? Because you have an appetite for this Big 12 content and you weren’t getting it from most national media outlets. And even when you did, it was horribly uninformed takes like these from Michael Wilbon.

But for our sake, I hope he, and others, keep going down this road, as it only helps us continue to grow and build our product. So with all that being said, thanks Mike!