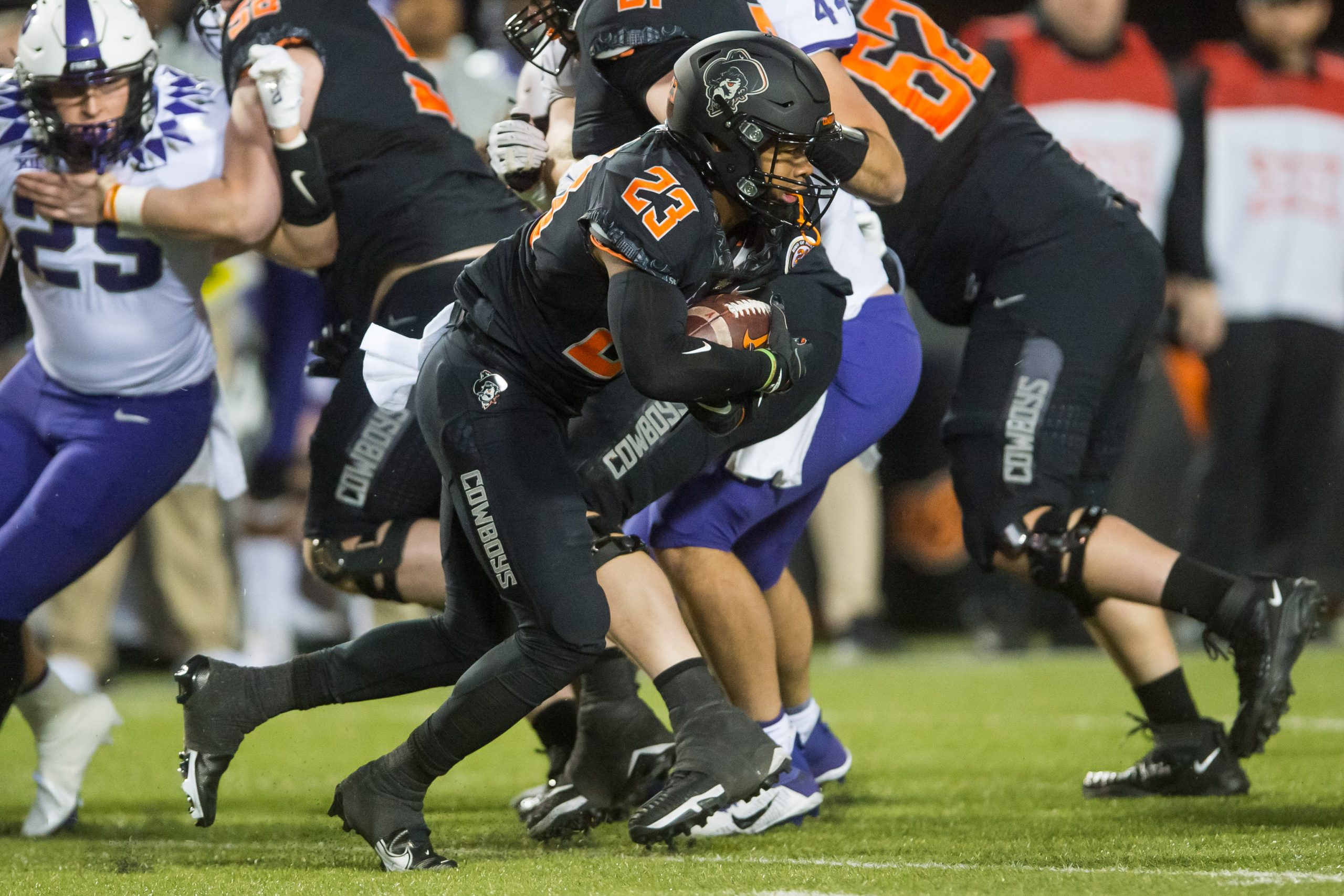 Oklahoma State moved to No. 9 in the latest College Football Playoff rankings, with the Cowboys now standing as the highest-ranked Big 12 team.

The Cowboys benefited from Baylor’s 27-14 victory over the Oklahoma Sooners on Saturday. That was the Sooners’ first loss of the season, and the Sooners were No. 8 in last week’s College Football Playoff rankings.

Oklahoma State has two games remaining — a Saturday matchup with Texas Tech in Lubbock and the annual ‘Bedlam’ showdown with the Sooners on Nov. 27 in Stillwater. Win both and the Cowboys would be guaranteed a berth in the Big 12 Championship Game in Arlington, Texas, and keep themselves in the CFP hunt.

Baylor (8-2, 5-2) is set to face Kansas State in Manhattan on Saturday, and then finish the season with Texas Tech at home on Nov. 27. The Bears don’t control their own destiny when it comes to the Big 12 Championship game, but as long as they keep winning, they’re still in the mix. The result of the Bedlam game will likely decide their fate. The Bears are also fighting rumors about certain programs’ interest in head coach Dave Aranda.

The Sooners (9-1, 6-1), despite the tumble, still control their own destiny when it comes to the Big 12 Championship game. If the Sooners defeat Iowa State at home this Saturday, and then beat Oklahoma State in Stillwater, they’ll be back in Arlington again.