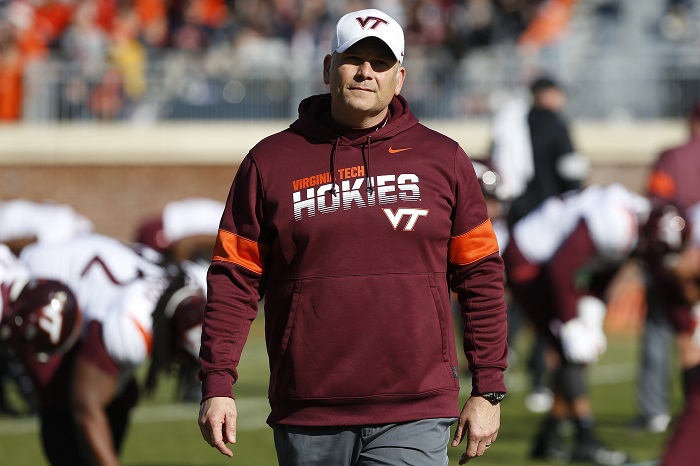 Virginia and Tech and Head Coach Justin Fuente parted ways on Tuesday, and according to Andrea Adelson of ESPN, it was a mutual agreement in her story:

“Babcock said it was a mutual agreement to separate. Once it became clear that Babcock could not guarantee another year, Fuente decided it would be best to leave rather immediately rather than finish out the season.”

The world of a college football coach can be brutal at times, but that’s the nature of the beast. If Fuente didn’t have the support of his administration, then he didn’t want to be there and it’s hard to fault him for that.

As Virginia Tech starts its search for a new head coach, Fuente will likely be looking for a new place to call home, with an emphasis on the word “new.” According to an article from the Fort Worth Star-Telegram, TCU is not expected to pursue Fuente as its next head coach:

“Justin Fuente became another football coach candidate Tuesday morning after being let go by Virginia Tech, but don’t expect TCU to have much interest in bringing him back as its head coach. A high-ranking TCU official said the school is focused on other candidates at this point in the search, and it seems far-fetched for Fuente to be a late addition to the short list.”

Fuente was the Horned Frogs’ co-offensive coordinator and quarterbacks coach under Gary Patterson from 2009-11 and is largely credited for developing Andy Dalton into a second-round pick in the 2011 NFL Draft. Fuente left TCU to be the Memphis head coach in 2012 and was there until he took the Virginia Tech job in 2016.

Gary Patterson and TCU parted ways on October 31st after a stretch of underwhelming seasons under the legendary coach. TCU is expected to name its new head coach by early December, just before the early signing period on December 15th. The Horned Frogs have narrowed their focus to a couple of hot names that have “Group of Five” programs playing at a high level.

TCU will host the Kansas Jayhawks on Saturday in a must-win game to keep its hopes of a bowl game alive.

Rob Glass is entering his 18th year of his second stint with the Cowboys, 28th year overall, and is signing a five-year...

The Big 12 is meeting on Tuesday about adding four new members from the Pac-12, according to a report from Wildcat Authority,...

Sydir Mitchell, a defensive lineman from New Jersey, became the latest player to give the Texas Longhorns a commitment for their 2023...

Lincoln Riley: ‘USC Football is Excited to Compete in the Big Ten’

Lincoln Riley, the head coach at USC, sounds excited about the Trojans’ move to the Big Ten in 2024, according to a...

The Big 12’s hiring of Brett Yormark has had some questioning the move, but with the changing of the landscape of college...