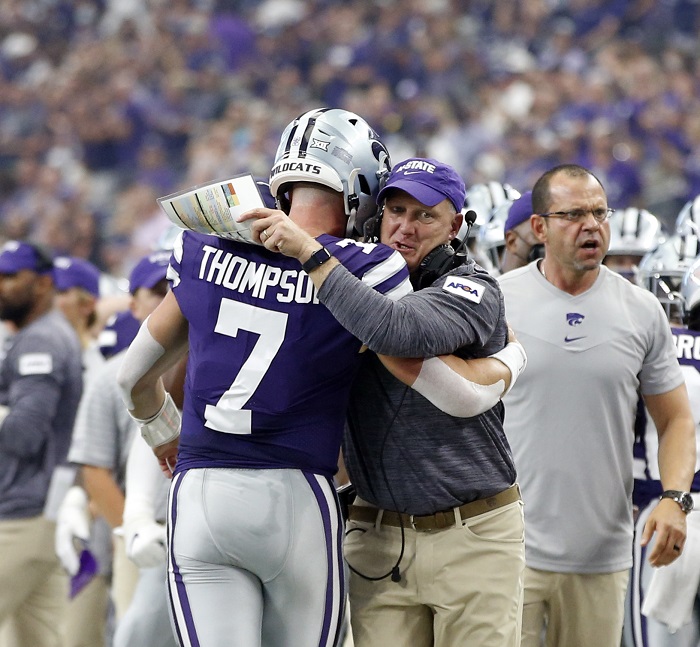 Things did not look promising for Kansas State senior QB Skylar Thompson when he was carted off the field against Baylor on Saturday. Late in the fourth He didn’t deserve to go out like that on his home turf, but there is still hope for the signal-caller to be with his team again this week.

Kansas State head coach Chris Klieman said during his Monday press conference that quarterback Skylar Thompson has an “outside chance” to start against Texas in the regular-season finale against Texas this Friday in Austin.

This would be a major boost for the Wildcats as they try to get to eight wins for the second time since Klieman was hired in 2019. Kansas State is more dynamic with Thompson under center and would have a good chance of pulling the upset this week if he can go.

If Thompson is unable to go, sophomore Will Howard should be the starter for Kansas State, something he has done twice already this season. The two have similar skill-sets but Thompson is more experienced and more efficient throwing the ball than Howard is at this point in his career. Jaren Lewis could also play a factor, although his one attempt in the Baylor game was an awful interception.